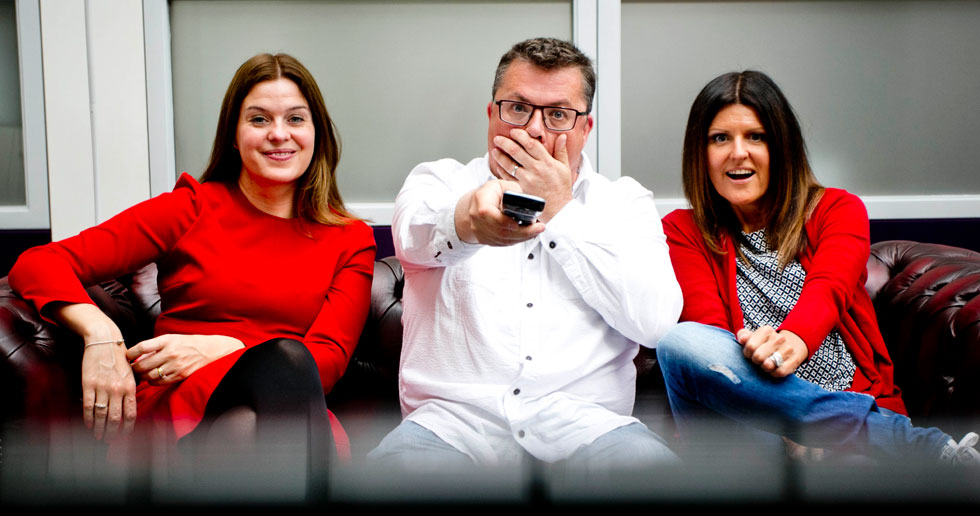 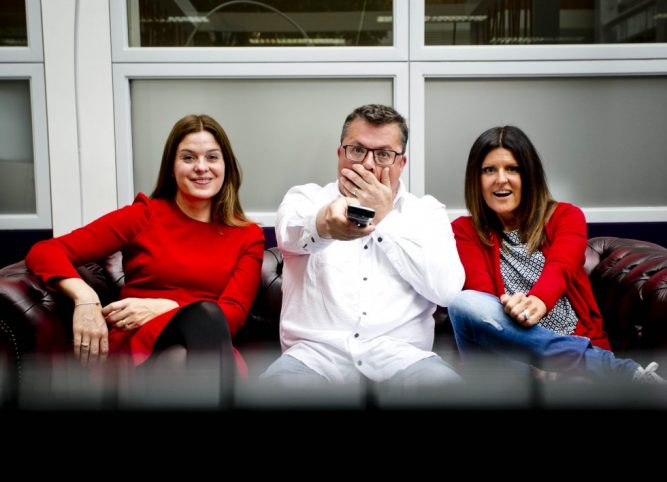 The highly-popular reality show Gogglebox Ireland returns for a new series in the Virgin Media Television (VMTV) spring schedule. The station is promoting the TV premiere of Finding Jack Charlton profile on the late Republic of Ireland football manager as its stand-out programme. The documentary was jointly commissioned by Virgin Media and the BBC.

123.ie sponsored the most recent series of Gogglebox.

Filmed over the last 18 months of the former Leeds United defender’s life, the film captures his glory days winning the World Cup for England in 1966 right up to his final days with dementia. Commenting on the documentary during a virtual media briefing, VMTV presenter Ciara Doherty said there “won’t be a dry eye in Ireland after watching it – I’m sure of it”.

VMTV hopes that its live sport coverage will face few obstacles after last year’s disruption to the Guinness Six Nations rugby and the Uefa Champions League. It is the last year of Virgin’s current four-year deal for the rights to the Six Nations. The tournament’s live broadcast is not protected by the Government list of major sporting events – just deferred coverage.

Virgin Media is likely to face competition from the likes of Amazon Prime Video for the rights.

A line-up of new homegrown reality shows include Animo’s Eating with the Enemy, where strangers with opposing views are paired together for a socially-distanced meal, 24-Hour Pet Emergency, an insight into UCD’s veterinary hospital and Crash Scene Investigates, which shares stories of real-life car car crashes and their long-term impact.

Virgin Media has awarded €9,000 in funds to 10 filmmakers to support the development of their scripts in a short film competition run in tandem with Screen Ireland. Judges in the €150,000 Discovers scheme will select two winners to receive €30,000 each to produce films for airing on VMTV and on-demand as part of the  Dublin Film Festival.