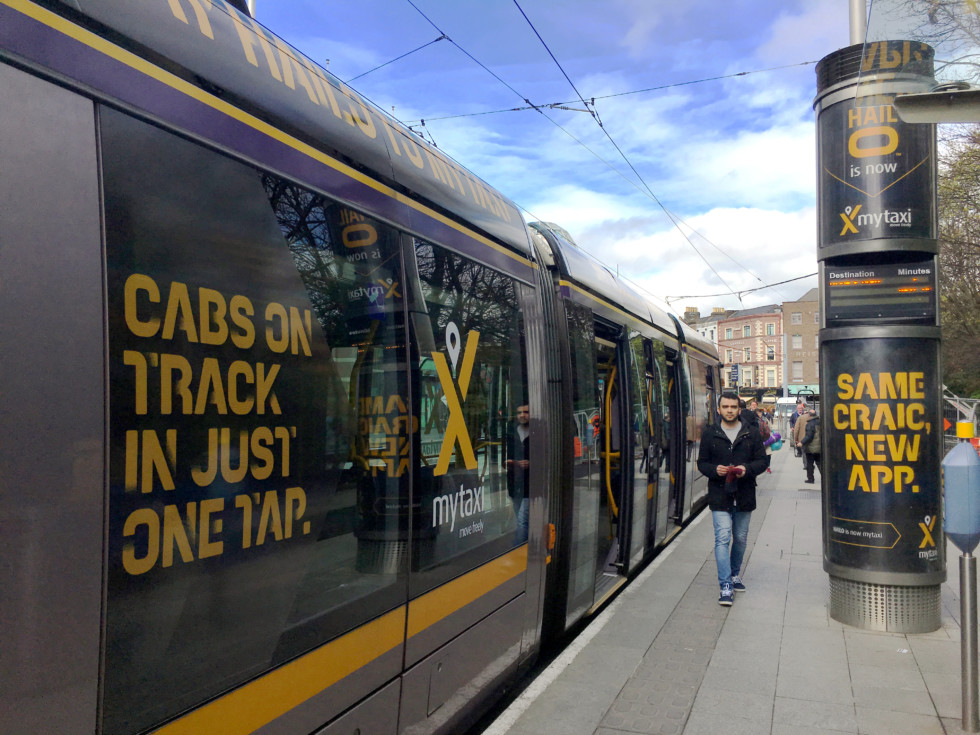 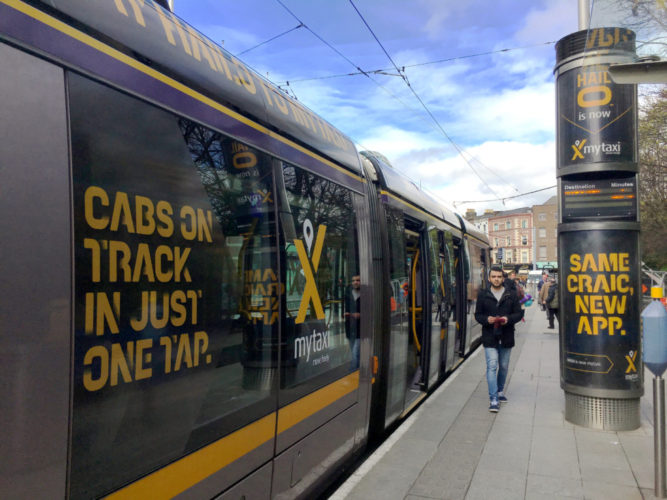 MyTaxi is the new name for Hailo and to get the message out there to consumers a €5 million marketing campaign is now hitting the streets.  The ads are driven by out of home (OOH), digital, vehicle livery and driver incentives. Billboards with catchy lines will be hallmark of the creative campaign, with online videos and other ambient activity in the coming days.

Public events and stunts will be run promoting the taxi app. A team of 23 is leading the migration on the ground with the marketing campaign running in the next two months. As well as media and above the line, the work will also use influencer and experiential campaigns. Driving the activity is MyTaxi CMO Gary Bramall, working with Guns or Knives and Vizeum.

“The phenomenon of Hailo in Ireland meant the brand became a verb and the country’s most popular app so moving on from that is challenging and exciting,” Bramall said.  “In many ways, the new marketing campaign acknowledges the success and personality that Hailo developed in Ireland and plays on banter to establish the MyTaxi brand, he added.

The marketing campaign will not be the same in every market where MyTaxi operates. Irish passengers have been using the MyTaxi app since early March, giving them access to 10,000 drivers, but also to e-hailing services in over 50 cities across nine countries with a fleet of nearly 100,000. Hailo passengers can still easily switch over to MyTaxi using the Hailo app.

Consumers can also download the app for free on Google Play and the App Store.

MyTaxi was launched in 2009 and became the world’s first taxi app that allowed a direct connection between a passenger and a taxi driver. With over 10 million downloads, it now operates in Austria, Poland, Spain, Italy, Portugal, the UK, Ireland and Sweden. MyTaxi became a subsidiary of the Daimler car maker in 2014 and then merged with Hailo last year.