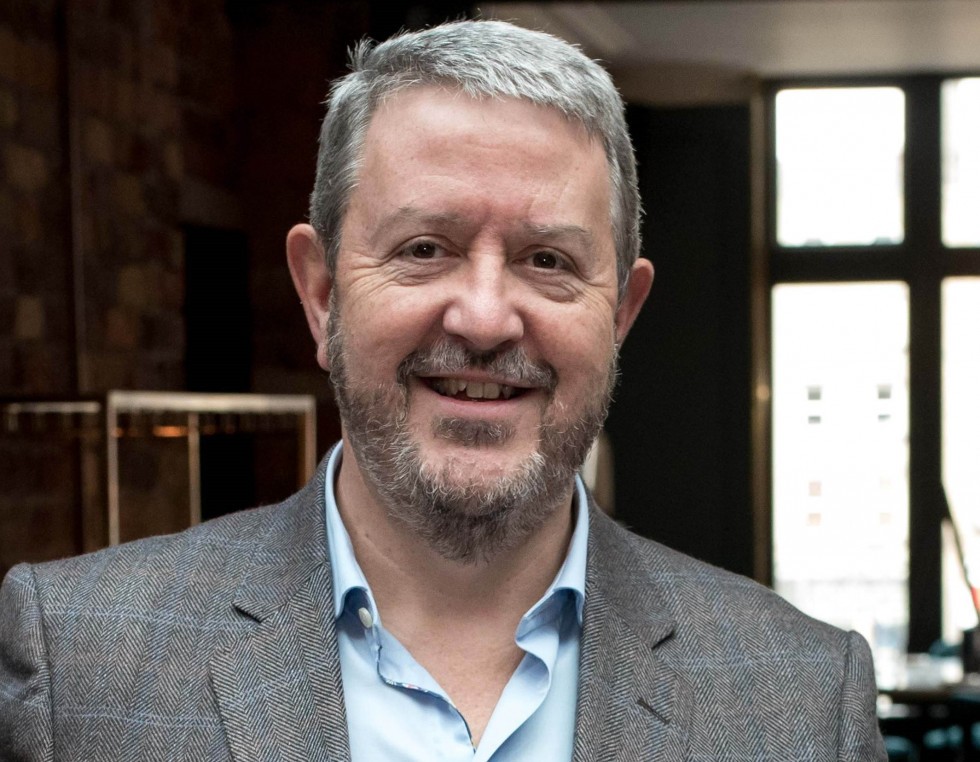 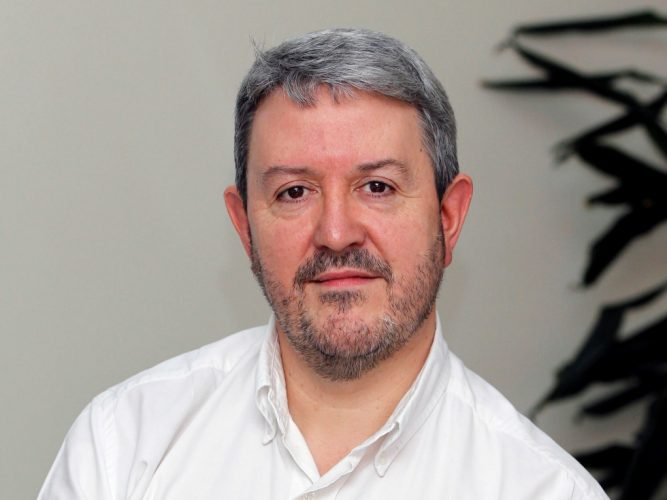 Former C&C and Glanbia marketer Colin Gordon is the first speaker in a new series of Marketing Institute breakfast talks that start this week. Gordon has written a book called Marketing is in Trouble, in which he highlights how the problems came about and the 10 steps that need to be adopted if industry practitioners are to see improvements.

See John Fanning’s review of Marketing is in Trouble below.

A lot of learnings in Gordon’s book 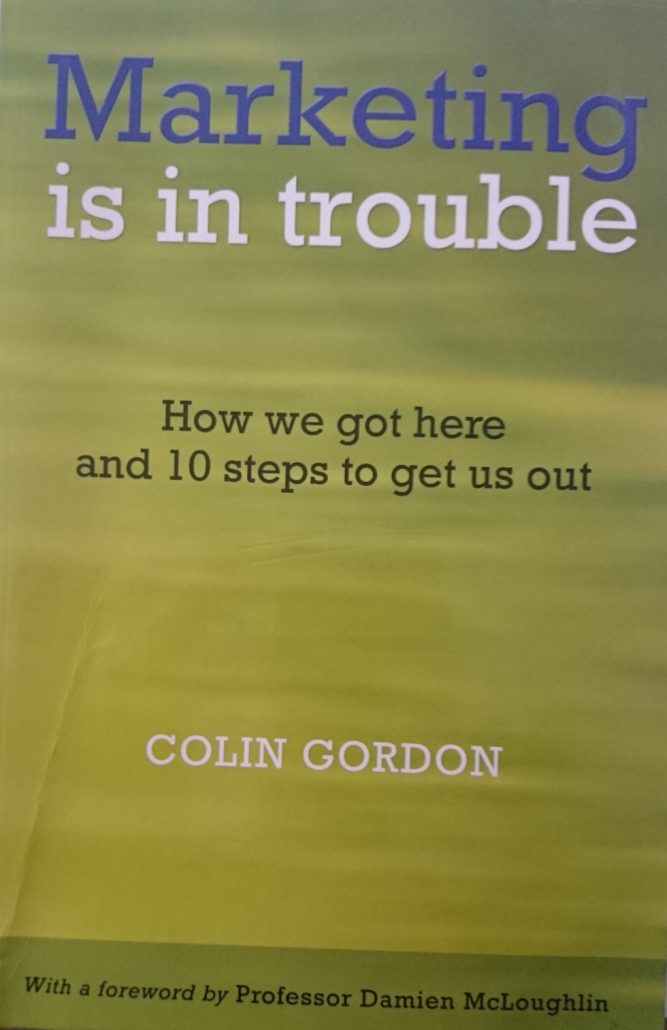 John Fanning reviews Colin Gordon’s book Marketing is in Trouble, explaining how it happened and the 10 steps to get us out

Working in advertising in the closing decades of the last century it never occurred to me that we were not a hugely talented lot and that the clients to whom we reported were not highly regarded and critical to the businesses for which they worked. But a 1994 report by Coopers & Lybrand, Marketing at the Crossroads, implied we were an unimpressive, unprofessional shower of under-achievers.

Since then a succession of global accountancy outfits and management consultancies have issued regular reports in the same vein and no one ever seems to pose the obvious Mandy Rice-Davies query: Well, they would say that, wouldn’t they? After all, they are just trying to steal our business. After 25 years of effort, they appear to have admitted defeat so they are now buying up agencies instead.

But the global debate about the competence and professionalism of marketing personnel rumbles on and is inevitably detrimental to securing the investment needed for long-term brand building. One of Ireland’s most experienced marketers, Colin Gordon, has now made a welcome entry into the debate.

While the title of Gordon’s new book, Marketing is in Trouble, accepts that all is not well his comments are informed by a distinguished career working for some of the most successful brands in the Irish market for the last 40 years. These include Bulmers in the 90’s and, more recently, Avonmore Super Milk.

The former is in my opinion one of the glories of Irish marketing effectiveness celebrated in a number of volumes of the IAPI AdFx Awards and Marketer of the Year – John Keogh was the eventual award winner for the brand’s ongoing success in 2001. Everyone working in Irish marketing should be conversant with the case study’s details. The same applies to the Super Milk campaign.

Persuading consumers to pay a premium price for a commodity product in a declining market is a major achievement. Gordon rightly points out that too often marketing is seen as a ‘thing apart’, separate from the wider organisation, faffing around having earnest but meaningless discussions about ‘influencers’ or the latest shiny new digital platform while the real strategic decisions are taken elsewhere.

He recommends we systematically investigate “anything or anyone, inside or outside the business that impacts directly or indirectly on how the product or service gets bought or experienced”. If marketers were in full control of all of these touchpoints they would exert more influence on their businesses and those businesses would be more successful. But there are obstacles to be overcome.

The book rightly accepts that marketing is always the loser in the prioritising of the here and now. Criticisms of its contribution began in the 1980’s and 90’s, when the economy’s financialisation was in full swing. Financial skullduggery and accounting gymnastics will achieve more immediate returns than the long-term returns driven by professional long-term marketing and brand building. 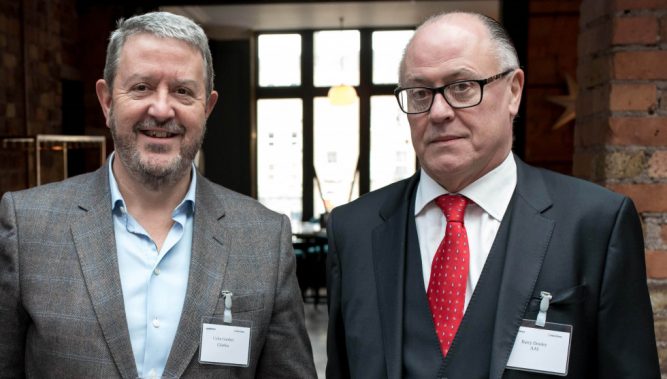 Undergoing a crisis: In his foreword to Colin Gordon’s book, Marketing is in Trouble, Damien McLoughlin, professor of marketing at the UCD Michael Smurfit Graduate Business School, points out that the work of Byron Sharp and before him Andrew Enhrenberg has provided valuable ideas for brand growth. McLoughlin then poses the question: how come we then have a strong consensus on the problems marketers must solve? Colin Gordon is pictured with AAI chief executive Barry Dooley.

Gordon says that boardrooms are still too focused on bonus structures and share prices but after the 2008 recession the dangers of excessive concentration on short-term financial returns are much better known, leading progressive businesses to dispense altogether with quarterly returns.

In this calmer atmosphere, marketing can regain its role as a key strategic driver of businesses but it needs to go back to first principles. It is not going to be easy; one of the book’s most depressing statistics is the fact that 80 per cent of Cannes Lions awards now go to once-off activations.

Gordon’s book repeatedly brings us back to first principles; from the four P’s, still relevant even in the digital age, to the critical role of sales, all too often ignored by marketers. The text is enlivened by various quotations, from 14th century Islamic scholar Ibn Taymivyah, 18th century British philosophers John Locke and Adam Smith, to today’s marketing gurus Mark Ritson and Rory Sutherland.

An equally wide range of case histories are also quoted, including – nice touch – two of Gordon’s local retailers, the Corner Note Café in Dalkey and Cavistons of Glasthule; both of whom could give their much bigger rivals a few marketing lessons. There’s a lot to digest and even more to learn from Marketing is in Trouble.

This book review was first published in the January issue of Marketing.ie magazine