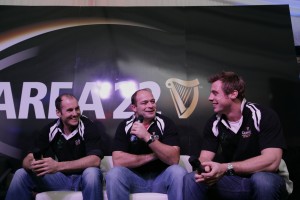 Over a third of British consumers voted Guinness as the coolest Irish brand in a YouGov survey commissioned by Irish-owned, London PR agency Eulogy! Alcoholic drinks take the top four spots in the poll headed by Guinness on 36 per cent and the Diageo-owned Baileys some way behind on 12 per cent.

X-Factor’s tone-deaf twosome Jedward also made the top ten. Ahead of this year’s St Patrick’s Day celebrations, 2,340 British consumers were asked last month to pick the coolest Irish brands from a nominated list.

Launched by Dubliner Adrian Brady in 1996, Eulogy! claims to be the largest Irish-owned PR agency and a top 20 independent in the UK. Two years ago, Eulogy! acquired creative digital agency Onlinefire.