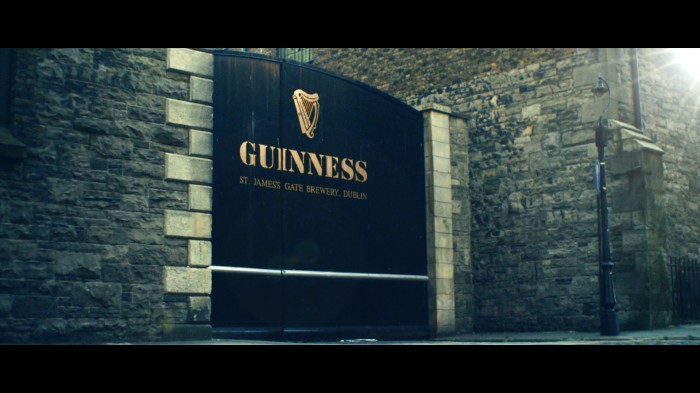 Diageo unveils a new Guinness TV commercial filmed in and around the St. James’s Gate brewery today. The ad will air for the first time today across Ireland and the UK. Narrated by Irish actor Cillian Murphy, the ad begins just after dawn as we follow Peter Simpson, a young brewer cycling to work through the streets of Dublin. It’s not until he dismounts his bike to open a huge set of gates that the viewer realises the ad is for Guinness – and Simpson’s destination is the St. James’s Gate brewery.

After he enters, the brewery the ad progresses to give us glimpses into the life inside the gates and the people behind the beer. It is the first time the inner working of the St James’s Gate brewery have been seen by the outside world. The ad also features Eugene Ryan, a farmer whose family has supplied the brewer with Irish barley for three generations.
‘Gates’ was directed by Philip Montgomery of LA-based Anonymous Content and is part of the ‘In Pursuit of More’ series. It will air on multi channels across the UK and Ireland until the end of October in the UK and the end of November in Ireland. It is supported by outdoor and PR.

Here is the new ad