Guinness rolls out Six Nations out of home ads 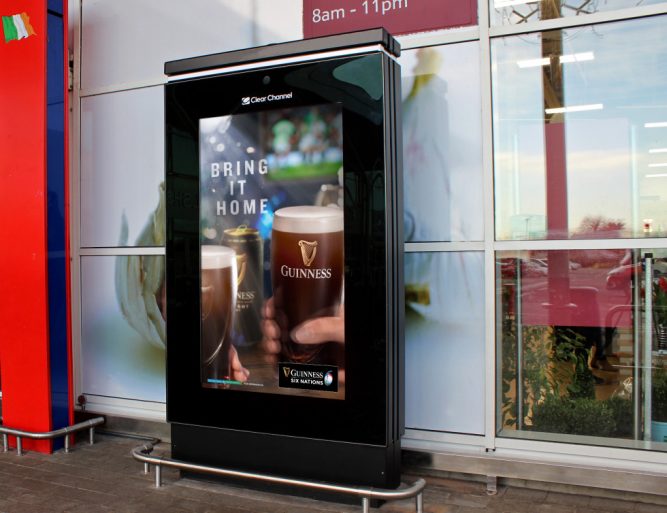 With the Guinness Six Nations kicking off this weekend, with Ireland playing away to Wales on Sunday, title sponsor Guinness has been ramping up anticipation for the tournament on out of home (OOH) as part of its wider sponsorship activity. Large format gave prominence to Guinness’s message ‘Hope Rises’, building awareness of its sponsorship.

Ahead of Ireland’s opening game, digital POS formats engaged audiences with rousing messages such as ‘Bring it Home’ and ‘Grab a Guinness and Settle into the Match’. The ads are placed in high footfall locations, at specific consumption periods, with digital screens in key retail and off trade environments ensuring reach and promoting purchase consideration.

The campaign was planned by PHD and Source out of home, with creative by AMV BBDO and Geometry. The digital (DOOH) ads will run nationwide for the whole championship. Scott Molloy, account manager, Source OOH, said the ad placements and formats selection brings the brand’s sponsorship to the fore and closer to audiences stocking up at weekends.