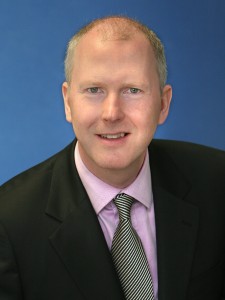 The Institute of Advertising Practitioners (IAPI) is being urged to lobby the government to introduce a one-year tax break to encourage businesses to advertise products and services. Alan Cox (above), chief executive of Core Media, says advertising drives consumer demand, job creation and, ultimately, economic recovery.

“It would be a low cost investment,” Cox said, ” and would be a tangible demonstration of the government’s commitment to doing something substantial to make a difference, rather than tinkering around the edges.” Cox said studies from around the world showed irrefutable links between advertising and economic performance.

In 2007, a World Federation of Advertisers (WFA) study compared a number of markets which showed a direct correlation between advertising expenditure and economic growth. It discovered how a higher rate of ad spend as a percentage of GDP directly increases the rate of return on R&D, product development and skills training.

Last year, the Work Foundation and Lancaster University found that international data shows a link between countries’ degree of spend and economic growth, innovation and consumer spend. A study of US recessions by McGraw-Hill Research found businesses which upped spend during downturns had appreciably more sales after the recovery, with some recording a doubling in sales compared to those that held off advertising.

View all posts by Michael Cullen →
Unilever backs Corrie with Knorr
Barnardos gets €100,000 in ads