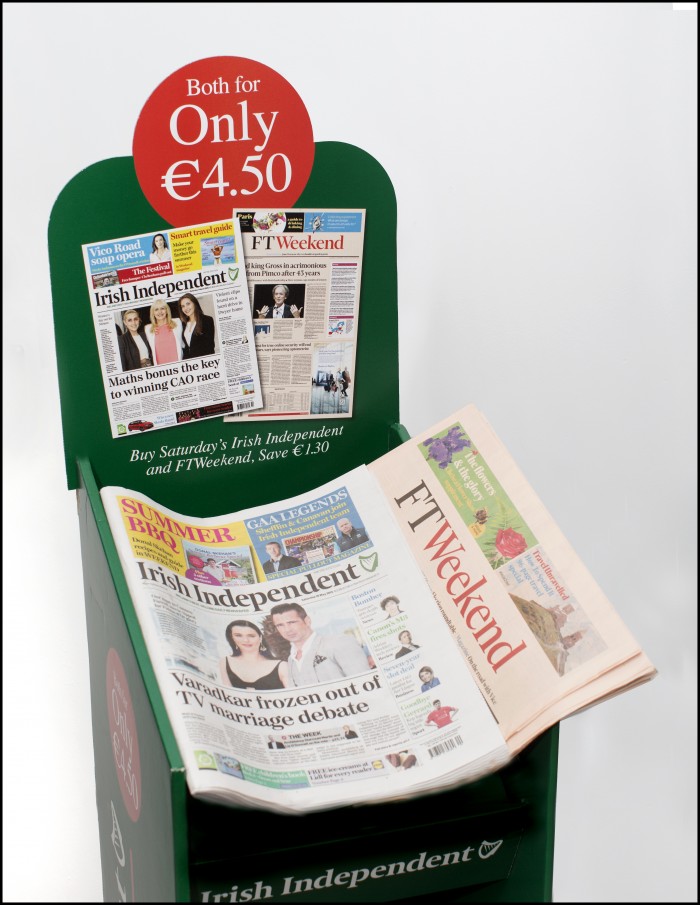 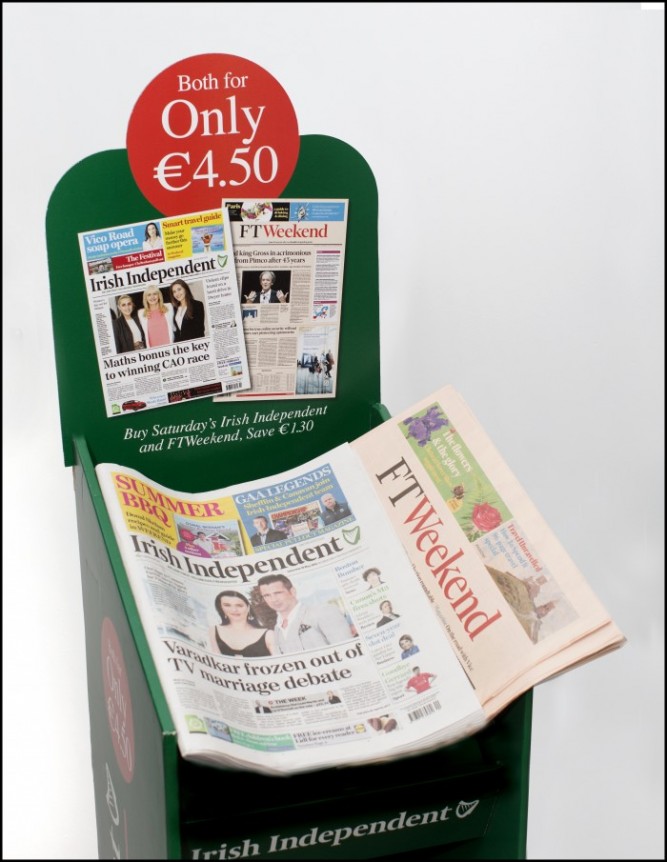 Independent News & Media (INM) is running a promotion in Dublin whereby on every Saturday in May and June consumers can buy the Irish Independent and Financial Times (FT) for a combined price of €4.50 – a €1.30 saving. The promotion is run in around 100 newsagents.

Geoff Lyons, marketing director, INM, says feedback from the promotion so far has been good with retailers reporting interest in the bundled consumer offer. If the promotion continues to work, INM will run the promotion again in September and extend the offer beyond Dublin.