Come Dine With Me to start on TV3

The Irish version of the highly popular Channel 4 food reality show, Come Dine With Me gets underway on TV3 next Monday at 9pm. The series features five strangers who compete for a €1,000 cash prize by hosting dinner parties for each other over the course of a week. TV3 has been screening the UK show in recent months.

British comedian Dave Lamb will provide his now trademark dry and bitingly sarcastic voiceover. Lamb was in Dublin yesterday for the launch. He said that the Irish episodes were a little racier than the English versions. Two episodes of the Irish series were shot in Dublin and one each in Cork, Galway, Limerick and Waterford.

The first episode features the Cork contestants, including a pro-hunting country mother and a vegetarian who cooks quorn schnitzel. Dublin contestants who feature in later episodes include Keith Murphy, a firefighter and paramedic from Malahide and Cora Murphy, a native of Mayo, who now lives in Crumlin. 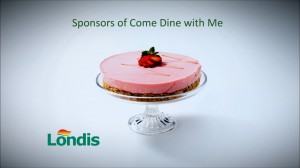 Come Dine With Me is sponsored by Londis, which also had the stings for the UK episodes shown on TV3.