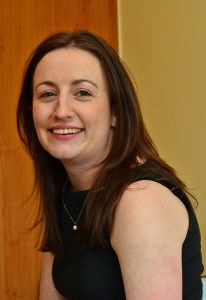 The Irish Times’ ‘Best Place to Live campaign was among 87 news media companies worldwide shortlisted in the International News Media Association (INMA) awards. The newspaper was the only Irish title to be listed for the awards which recognise and reward excellence in marketing news media brands worldwide. The ‘Best Place to Live’ campaign was shortlisted in the new brand/product/audience development category.

The Irish Times was one of only three finalists in the UK and Ireland to be nominated.

The Best Place to Live campaign was developed by marketing manager Kate Molony (above) as a platform to celebrate communities. In addition, it provided an additional channel in which the brand could interact with their readers. The newspaper invited the public to nominate their favourite place – be it a town or city suburb, a tiny village or remote rural spot. After much campaigning, the judging panel chose Westport in Co Mayo.

A series of short videos was also produced and promoted online. The INMA awards were presented in New York on Tuesday and the best at show went to India’s Hindustan Times for its ‘You read, they learn’ idea.

For more on the awards, go to http://www.inma.org/blogs/main/post.cfm/inma-awards-2013-announces-world-s-top-news-media-marketing-campaigns