Irish Distillers Pernod Ricard has renewed its sponsorship of the Jameson Dublin International Film Festival for the next three years. The festival, which is celebrating its tenth year, is seen as one of Ireland’s major cultural events and Ireland’s top film fest. The whiskey brand has been the title sponsor since 2003.

Over 130 international films will be screened in Dublin cinemas over 11 days next month, including Cineworld, The Savoy, Irish Film Institute (IFI) and the Light House Cinema. Stars who have attended the festival include Daniel Day Lewis, Gabriel Byrne, Colin Farrell, Charlize Theron, Colin Firth, Liam Neeson and Kevin Spacey.

Al Pacino is due in Dublin for the Irish premiere of his documentary Wilde Salome. Last year, over 40,000 guests attended the festival with nearly eight per cent of these travelling from abroad, with positive knocks-ons for local hotels, shops and restaurants. Aimed at over-18s, the festival will run from February 16-26. 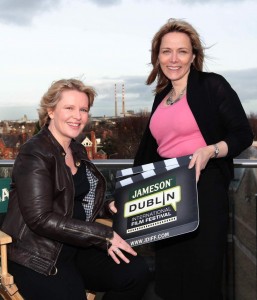