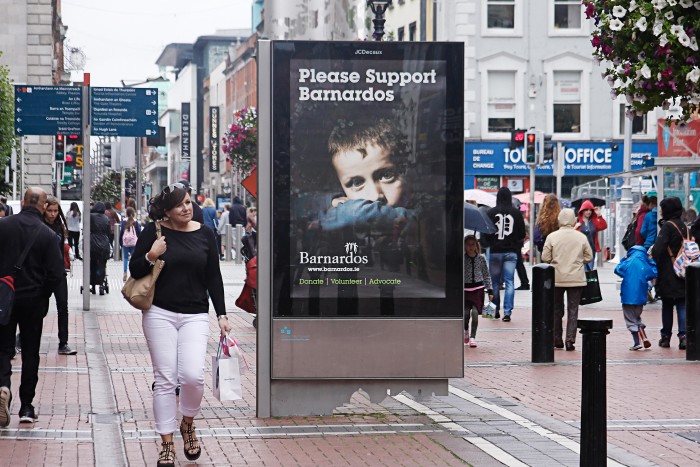 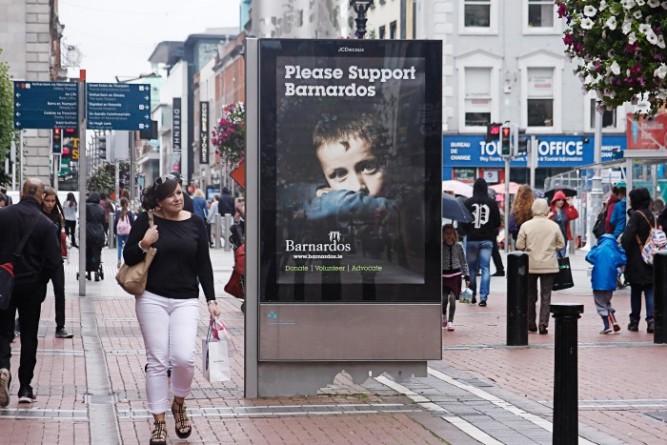 French poster company JCDecaux has confirmed its three nominated charities in Ireland for the coming 2016/17 two-year period. A total of €1.75 million worth of outdoor media space will be provided to raise awareness and drive fundraising for the Alone charity which helps the elderly, children’s charity Barnardos and the Irish Cancer Society – much in the news lately.

“The impact of our work is vital and especially now as cancer incidences are on the increase. It’s essential for us to let as many people as possible know about the society and the free services we provide and also how members of the public can support us in this work. Our partnership with JCDecaux will allow us to do this in a very visible way,” McCormack said.

Tony O’Flanagan, marketing director of JCDecaux, said the company was committed to supporting those in the community who need it most.