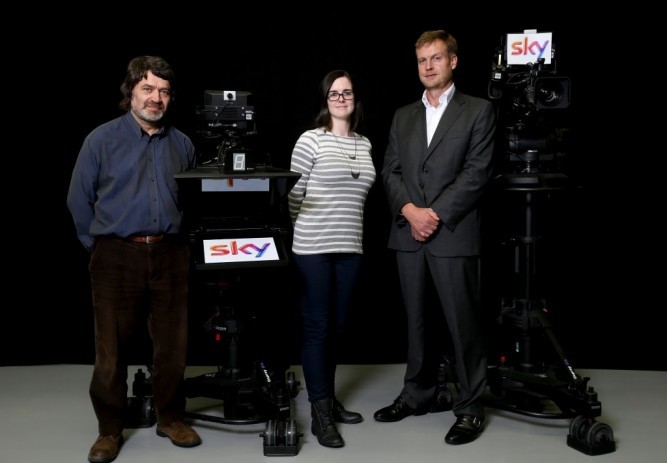 Carly Matthews-Lynch is the winner of the Sky Academy TV Scholarship run in tandem with The National Film School at the Dun Laoghaire Institute of Art, Design and Technology (IADT). Matthews-Lynch, 24, is a communications graduate from DCU. She takes up her place on the masters (MA) in broadcast production this week, a step towards realising her ambitions to develop a career in TV. As well as having her course fees paid, she will benefit from a work placement with Octagon Films (The Borgias, The Tudors, Love Hate and co-producers on Penny Dreadful) at Ardmore Studios and mentoring from senior staff at Sky.

The IADT scholarship is part of Sky Academy, which aims to use the power of TV, creativity and sport to give up to one million young people across the UK and Ireland opportunities to build skills, experience and self-belief. It is offered to individuals who may not otherwise have the financial means to support themselves through further study and is supported by The Royal Television Society (RTS). IADT programme lecturers include Roger Greene, Bob Corkey and Ferdia MacAnna. Guest lecturers include Larry Bass and Clare Duignan.