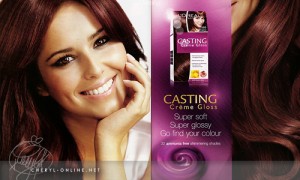 Maxus has won L’Oréal’s media planning and buying account in the UK and Ireland following a three-way pitch which involved PHD and the incumbent, ZenithOptimedia.. The contract starts in January 2014 and Maxus claims the business is worth around £135 million in billings. L’Oréal brands marketed in the  UK and Ireland include L’Oréal Paris, Maybelline, Garnier, Lancôme, YSL, Vichy, L’Oréal Professionnel and Kérastase.

Jonathan Conlon, managing director, Maxus Ireland, said the review started in June and was managed by Gayle Noah, L’Oréal UK & Ireland’s media manager and media consultancy ID Comms,  ZenithOptimedia had handled the account for the past eight years. Maxus Global is part of GroupM, the parent company for all of WPP’s media agencies. Maxus Global employs over 2,000 people in 70 agencies across 55 countries.