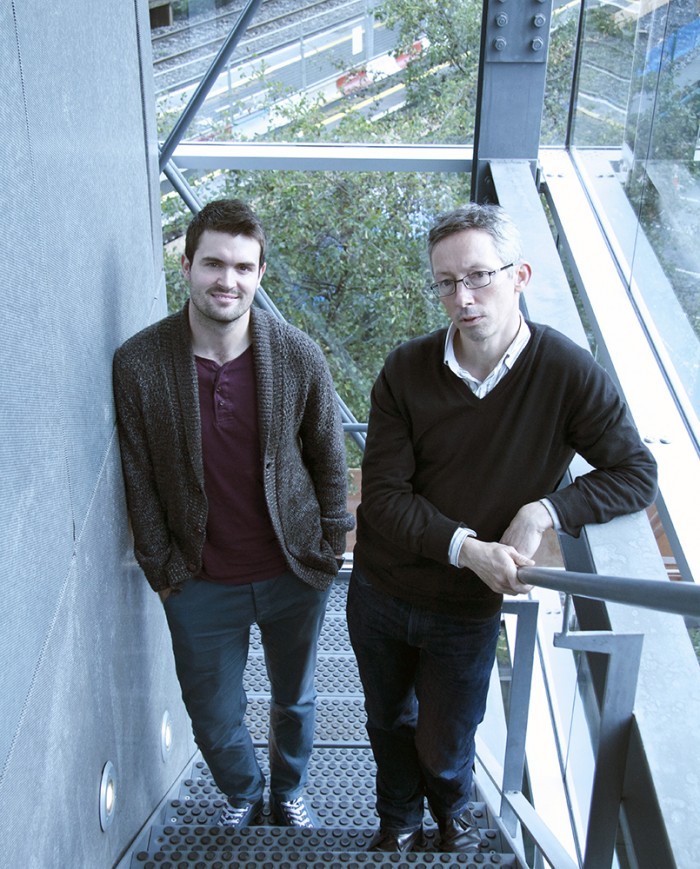 McCannBlue has announced two new agency appointments. Andrew Murray, pictured above left, has joined the agency as head of social media and Laurence Keogh as a senior writer. Previously head of social content at Huskies, Murray has worked on award-winning campaigns for Diageo, AIB, Carlsberg, Guinness Storehouse, Vodafone, Fáilte Ireland, Liberty Insurance and Masterfoods. He has lectured on social media content management for the MSc digital marketing course in the UCD Michael Smurfit School of Business.
He is the author of The 80’s Kid, a retro-take on growing up in Ireland in the 80’s and 90’s which reached number five in the book charts three years ago. Keogh is highly-regarded writer with an impressive track record in creating campaigns for AIB, GAA, Mini, Golden Olive and 02 at McConnells, where he was executive creative director for nine years. He spent a further year as creative director at Target McConnells before deciding to become a freelance writer working with Irish International, Chemistry and Cawley Nea\TBWA. His work has won awards at Cannes, Kinsale and New York and has twice won the NNI grand prix.