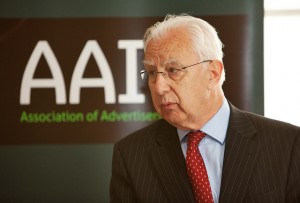 Ed McDonald is to step down as chief executive of the Association of Advertisers in Ireland (AAI) at the end of June. McDonald, who replaced former Diageo marketer Michael Caraher as AAI boss in 2008, was previously chief executive of the Marketing Institute. Prior to that, he headed up the Henry Street-Mary Street Partnership in Dublin city centre for seven years. He was director-secretary of the CCCI industry copy clearance group.

He was also a director of the Advertising Standards Authority of Ireland (ASAI) in recent years. He spent 17 years with the Industrial Development Authority (IDA) and was a special advisor to the Minister of Food. In recent years, the AAI has worked closely with other industry bodies, such as IAPI, to deal with pressures from various groups demanding greater restrictions on advertising, particularly in relation to food and drink campaigns.