McLoughlin teams up with Rothco 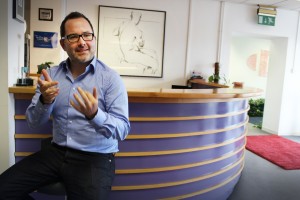 The new agency will be based up the street from Rothco in Fitzwilliam Square.

It is understood that no other Dialogue staff members are joining McLoughlin in setting up the new agency. News of his departure follows Dialogue’s renewed links with OwensDDB. Working to the proposition ‘sales overnight, brand over time’, Killeen’s agency has worked for the AA, AIB, Aer Lingus, Amdocs, (a US company with Middle Eastern ties), Britvic, Danone, Valeo Foods and Dublin’s Convention Centre.

The agency handled An Post for many years but the two went their separate ways in 2012.