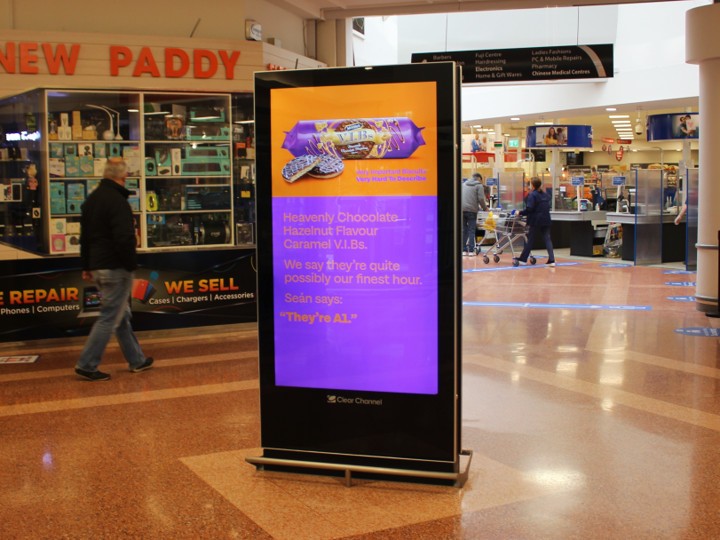 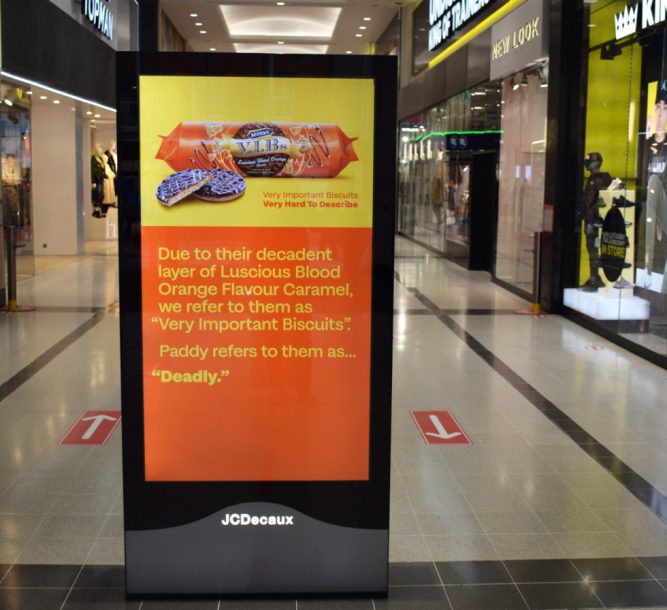 Pladis-owned McVitie’s has launched a new campaign, using traditional and digital out of home, to unveil its new luxury digestive biscuits called VIBs. The ads are hosted on a A-list combination of formats consisting of 48 sheets, 6 sheets in retail and roadside environments and digital screens in both retail and commuter locations.

The ads by Pluto feature typical Irish compliments such as “A1”, “only massive” and “deadly” in the copy. The campaign was managed by teams in PHD Ireland and Source OOH. The client was Pladis head of marketing Nimah Twyford. The VIB trio comprises Classic Caramel Bliss, Heavenly Chocolate Hazelnut and Luscious Blood Orange.