National Lottery out to pitch

Creative agencies have been invited to pitch for the National Lottery currently handled by DDFH&B-JWT. The lottery is regarded as one of the country’s top accounts and it goes out to pitch every three to four years. Before DDFH&B won the business, the business was with McConnells for many years. It is understood that media is not part of the review. Starcom has handled the media since winning it from Carat. 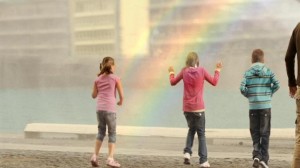 The lottery’s TV commercial, Making Magic Happen, was shot in and around Dublin’s IFSC. The soundtrack features Elvis Presley’s Pocketful of Rainbows. The version used is take 16 from the 1960 recording sessions for the GI Blues soundtrack. Music by Elvis was last featured in a major commercial in 2002, when a remix of the song, A Little Less Conversation, was used by Wieden + Kennedy for a Nike campaign.

Sweet Media director Steve Green used two tugboats, a helicopter, the rising sun and 2,200 gallons of water for the making of Making Magic Happen. Elsewhere in adland, Eircom has shortlisted four agencies for its creative account, namely Boys and Girls, DDFH&B-JWT, Ogilvy and the incumbent Chemistry. Brian Sparks of Agency Assessments is the pitch doctor for both the National Lottery and Eircom reviews.