Graham Nolan has joined the CKSK digital agency from Cawley NeaTBWA as group director of business and strategy. The move sees him reunited with Heineken Ireland, an account he handled at McCann Erickson. He rejoined Cawley NeaTBWA last year, having spent five years at McCanns. He was also a director of Pulse. 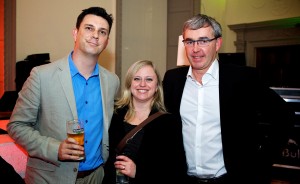 In a comment about Nolan on LinkedIn, Emer Howard, a colleague of his at McCanns, said he was a “proper hybrid” of an account man, with a mix of creative and strategic ability, as well as having a great capacity for building client relationships. CKSK has offices in Dublin, New York, Amsterdam and Gdynia in Poland.