Nugent takes over at RTE Sports 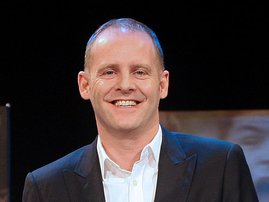 Ryle Nugent is the new group head of sport at RTE in place of Glen Killane who recently took over from Noel Curran as managing director of RTE Television. Nugent, 39, was deputy head of sport since 2006. He began his career in sports broadcasting in 1990 and has been a rugby commentator on RTE television since 1999.

He is the son of Barbara Nugent, a former Sunday Business Post and McConnells group director.

The news follows the resignation of Niall Cogley as chief executive of Setanta Ireland. Cogley, who had headed up the Irish business for over six years, is set to take on a new venture which is backed by Setanta. Michael O’Rourke, a co-founder of Setanta, will replace Cogley until a permanent replacement is appointed.

Cogley is a former director of sport at RTE and is the son of veteran rugby commentator, Fred Cogley.