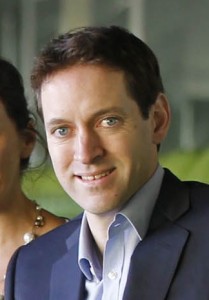 Garret O’Beirne has been promoted to the board of Omnicom Media Group (OMG) in Ireland. As OMG’s head of digital, O’Beirne is widely regarded as one of the most capable new media practitioners in the business and his talent has been rewarded with a series of industry honours. He joined Omnicom three years ago from MediaCom where he was an account director. He was media manager at Chemistry for three years.

He also worked in the US, with Initiative in New York and Agency.com in San Francisco.

Announcing the news, OMG Ireland chief executive Dave Harland said O’Beirne’s promotion was richly deserved as he is “a highly skilled communications practitioner, a digital visionary and a master of data performance”. Harland said he will a major asset to the OMG board and to the group’s future plans.