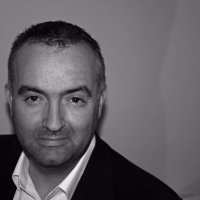 Gavin O’Doherty has resigned as managing director of Initiative Media just weeks after taking over from Chris Rayner. O’Doherty was marketing director at Coca-Cola and is no stranger to adland having worked in client service as a board director at Publicis QMP. His background also includes marketing roles at Nestle Ireland’s confectionery division, including product group manager responsible for the annual business plan for Kit Kat.

Rayner quit as boss of  Initiative in Ireland to move to the agency’s New York office to take charge of the network’s worldwide client services. Following Rayner’s resignation, Initiative’s deputy managing director Emer McHugh became interim MD but then left the agency. Efforts to make contact with O’Doherty were unsuccessful.

Initiative was dealt a severe blow earlier this year with the loss of the Mars/Wrigleys account, which moved to MediaVest. There have rumours in adland in recent weeks that Diageo may soon put its account out to pitch.