O’Reilly woman of the year 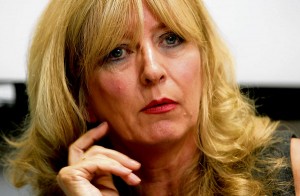 European ombudsman Emily O’Reilly has been named the Irish Tatler Woman of the Year at a gala dinner in the Four Seasons hotel. The former journalist was the first woman to be elected ombudsman in Ireland. Having spent ten years in the job, she was recently chosen for the role at European level, based in Strasburg. O’Reilly said it was a pity the awards are not televised as they deserve to go out to a wider audience.

The diminutive soprano performs in venues all over the world, from Carnegie Hall to the National Centre for the Performing Arts in Beijing and the Berliner Philharmonic. The Irish women’s rugby team received the sports award for their “skill, passion and dedication” and in breaking down the barriers for women’s sport in Ireland.

Comedian Aisling Bea won the entertainment award. The hall of fame went to Anna McHugh of the national Ploughing Championships. This year’s event attracted 220,000 to Co Laois.  Designer Louise Kennedy was honoured with an achievement award for her contribution to Irish fashion over 30 years. In her acceptance speech, she paid a special word of thanks to her sister, PR consultant Caroline Kennedy.

Child abuse survivor Fiona Doyle was honoured with a special recognition award for her fight for justice after years of abuse suffered at the hands of her father. Majella O’Donnell was recognised with a special achievement award for shaving off her hair on the Late Late Show to raise money for the Irish Cancer Society, having been diagnosed with the disease. To date, she has raised over €600,000 for the ICS.

The women entrepreneur award went to Avoca’s Amanda Pratt. She and her brother Simon won Marketer of the Year in 1997.  Harmonia CEO Norah Casey said this year is all about celebrating women who achieved firsts – the first female ombudsman in Ireland and Europe, the first female deputy Garda commissioner and the Irish women’s rugby team for their first ever RBS 6 Nations Championship and grand slam victories.