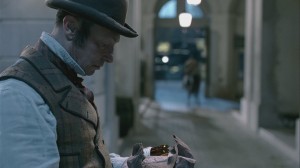 Owens DDB has been reinstated to the Diageo roster to work on the Carlsberg lager brand having lost the creative over a year ago to Irish International BBDO after a protracted review. Diageo now uses both agencies for Carlsberg, with Owens DDB appointed to handle its new campaign.

The agency created the new TV commercial called ‘The Secret’. It’s about the Danish beer brand devising the secret to brewing consistently quality lager in 1883 and then sharing it with other breweries. Why? Because Carlsberg said they knew that the original could not be beaten.

First to isolate pure yeast and with a discovery that would revolutionise the brewing industry, Carlsberg didn’t keep its findings to itself but rather shared its knowledge with other master brewers which still forms the basis of all lager production today.

The 40-second TV spot was created by Donal O’Dea and the agency producer was Ruth Drury-Byrne. The director was Johnny Green, whose previous credits includes Audi, Adidas, Sony and Guinness.

It was produced by Knucklehead and post produced by Framestore. Diageo has brewed Carlsberg in Ireland under licence since 1988 at which time it acquired the brand from Beamish & Crawford.