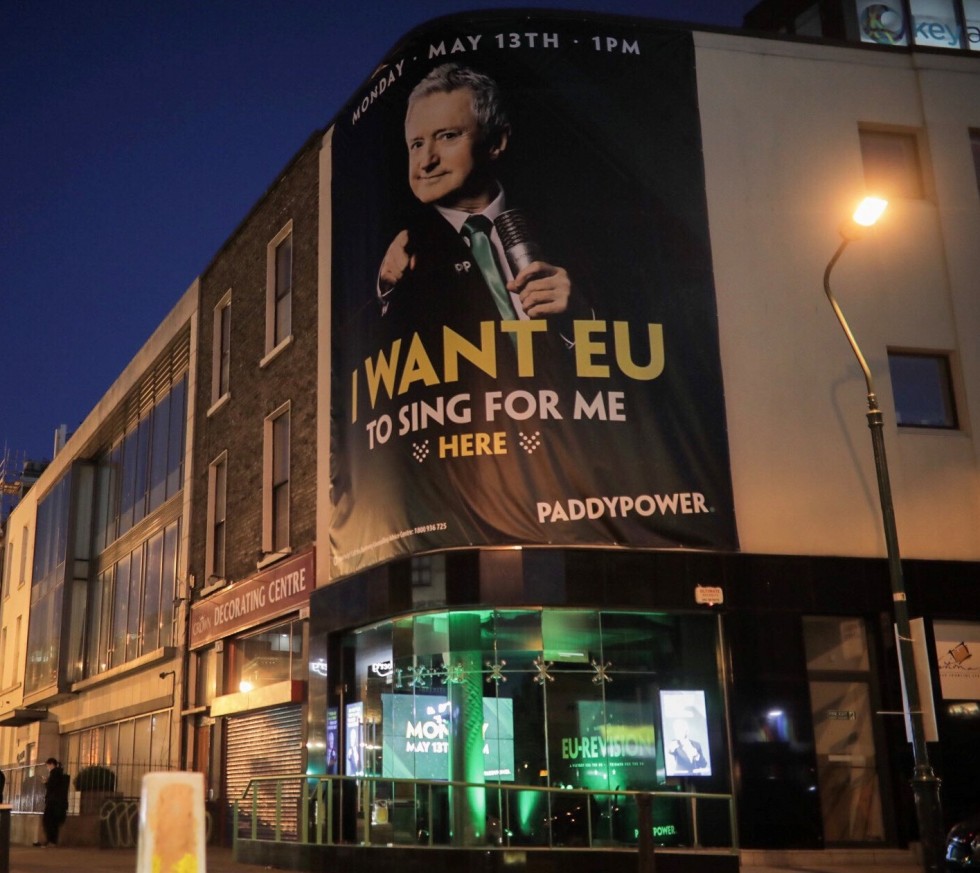 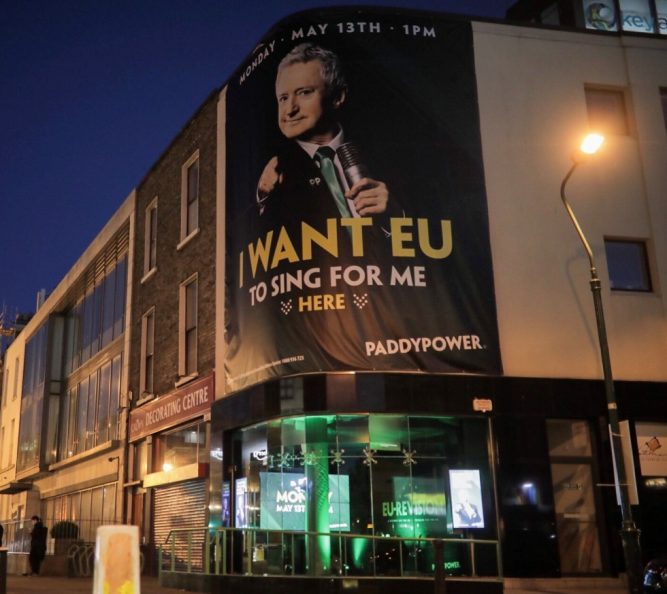 Paddy Power is running a light-hearted out of home (OOH) campaign in the run-up to this weekend’s Eurovision in Israel. Working alongside OMD Ireland, Kinetic and Micromedia’s experiential division, Beyond, the Flash OOH campaign involves a pop up shop on Dublin’s Camden Street decorated with bespoke banners with music impresario Louis Walsh.

The ad calls on Eurovision fans to unite in one voice and vote for the UK to win this year’s Eurovision. Success would see the UK crowned as the champions and force them to host the competition and its European attendees in 2020. To mark the occasion, former X-Factor judge Louis Walsh hosted a contest in Camden Corner to whip up some #BrexitRevenge.

Walsh also selected the winner of a VIP trip for two to a Eurovision private screening.

Paddy Power’s Orla Cleary said the campaign was just an excuse to stick a massive picture of Louis Walsh in the middle of Dublin, as if it were my bedroom walls in the 1990s. EU-Revision is mischievous, eye-catching and larger than life – so the OOH strategy had to mirror all of those things. It is so with a Paddy Power first execution and some old-fashioned karaoke.

The campaign runs on Camden Street, Baggot Street and in Dundrum Town Centre.