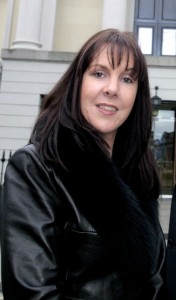 Public relations consultant Sharon Prior has died after a long illness fought with remarkable courage and integrity. She set up Prior Communications in 1994 to specialise in consumer PR. Prior had worked with Kennys and Grayling and was the PR and sponsorship manager for the Tennents Ireland brewer.

From her earliest days in Kennys PR, then headed up by Jack McGouran and Stuart Kenny, she nurtured strong links with various clients, not least with her first account, Maxol. When she left Grayling to start Prior Communications she took the oil company account with her and soon built up a strong client portfolio.

Highlights in the early days of her agency included the Dunnes Stores launch of the St Bernard own label range. She brought the British business tycoon Richard Branson to Dublin to launch Virgin Cola. The agency was later appointed by Diageo to handle Smithwick’s and the Guinness Storehouse.

Prior launched Kilkenny Irish Beer and Breo citrus lager for the brewer. In the summer of 1998, the agency handled the Irish stage of the Tour de France and the Tall Ships visit to Dublin. The agency worked on Digifone and O2, including the Jordan F1 team and O2 in the Park sponsorships.

In 2005, Prior’s agency was acquired by Marketing Network, the sales promotion agency run by Kieran Killeen and Neil Harvey, and the business became known as Prior Communications@Marketing Network. Both agencies had a strong track record working for FMCG brands.

Sharon Prior is survived by her husband, Paul Nolan, her two daughters, Sophie, 16 and JulieAnn, 13, her brother Aidan and her sister, Aisling. Paul Nolan worked in advertising with O’Connor O’Sullivan and later helped develop a network of Irish-style pubs in the US and elsewhere overseas.

Her father-in-law, Frank Nolan, was a senior marketer and consultant with Guinness and Dimension.