Rothco has been appointed by Liberty Mutual, the US insurance group which owns a majority stake in Quinn Insurance. Six agencies pitched for the account, including Cawley NeaTBWA, Chemistry, DDFH&B-JWT, Irish International and the incumbent, Owens DDB. Liberty Mutual, which has offices in Cavan, Dublin and Enniskillen, plans to launch a new trading name for its Quinn Insurance and Quinn Direct brands. 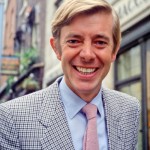 The win follows others recent gains by Rothco, namely Irish Pride bread and Ladbrokes. Other agencies which presented for Irish Pride were Atomic, Chemistry and the incumbent, Cawley NeaTBWA. The wins are timely as Rothco hosts a Christmas party for clients and suppliers this week. Former Irish Times journalist Henry Kelly (above), who became a well-known TV and radio broadcaster in Britain, will act as quiz show host.