Satire gets Saturday outing on RTE 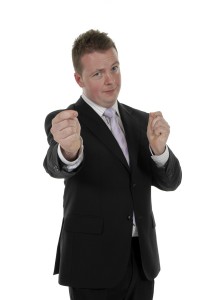 RTÉ Radio 1 will broadcast a political satire show on Saturday mornings in the run-up to the general election at the end of February. Green Tea is a new series from the makers of Nob Nation which starts at 10.30am this weekend. The new show is scripted by a team of comedy writers, including mimic Oliver Callan.

Green Tea will follow various political heavyweights, including Eamon Gilbore, Moan Burton, the Baron of Northstead (aka Gerry Adams) and new characters such as Richard-Boyd-Gladstone-Tudor-Barrett. Micky Martin from Fianna Fáil will be joined on the campaign trail by veteran politicians like Mammy O’Rourke.

The show will also feature Irish broadcasters and media personalities, including Marian Finucane, Séan O’Rourke, Vincent Browne, footballer Paul Galvin and impresario Louis Walsh. Another feature of the show will be the retired golden circle; a club for “gilt-edged Dáil pensioners” like Bertie Ahern and Mary Harney.