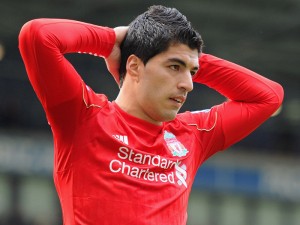 Standard Chartered, the banking group shirt sponsor of Liverpool Football Club, has expressed concern about Luis Suarez ‘s behaviour at Old Trafford at the weekend when the Uruguyan striker refused to shake the hand of Manchester United defender Patrice Evra before the match kick off.  Man Utd’s manager Sir Alex Ferguson said Suarez was a “disgrace” to Liverpool and should never be allowed play for the club again.

Liverpool manager Kenny Dalglish defended his player in after-match interviews. But under pressure from the club’s American owners, Suarez later apologised on the club’s website for his off-the-field actions and admitted that he had promised to shake Evra’s hand. Dalglish also apologised, saying that he had not seen what happened when he did his post-match interviews. Man Utd thanked Liverpool for the apologies.

View all posts by Michael Cullen →
Barnardos gets €100,000 in ads
Keane and Murphy join PR board