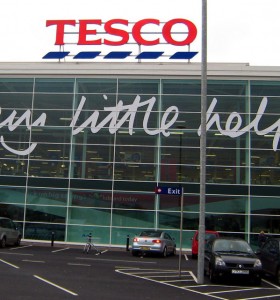 Dubliners are shopping for groceries more often and tend to visit several outlets, a PML survey conducted by Ipsos mrbi shows. The study says 76 per cent of the sample of 300 Dubliners said they shop for groceries up to three times a week. Six in 10 shoppers do smaller, more frequent shops rather than making one big weekly purchase, while 63 per cent of the 16-54 year old sample visit different supermarkets to buy various items.

Tesco is the most popular store for doing a ‘main weekly shop’, followed by Dunnes and Aldi. When it came to ‘top up’ shopping, Lidl was found to be the most popular choice. Most respondents said they regularly shop in Lidl or Aldi. The most popular products bought in these stores were fresh fruit and vegetables, confectionery and baked products. Loyalty cards are highly valued by Dubliners, with 83 per cent regularly using one.

Loyalty card use was slightly higher among females. Grocery shopping online remains at relatively low levels, with only six per cent of the sample claiming to buy groceries online regularly. With regard to brand attributes, Aldi was perceived as being number one for value. Tesco came out top in terms of the range of products offered, while Dunnes was seen as the brand that most supports local suppliers.

Colum Harmon, marketing director, PML Group, said supermarkets have been one of the most interesting sectors researched so far. Not only to see how and where people shop, but also to get an insight into how consumers perceive the different supermarket chains. Supermarkets is the latest subject covered by PML’s Focus series. The research series also investigated telecoms, soft drinks, banking and confectionery.