Spending on groceries up again 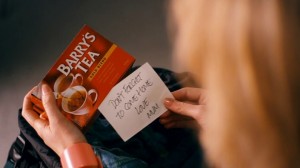 Consumer spending on food and drink increased in May for the first time in 17 successive months of decline, new figures released show. Although the increase was just 0.5 per cent, Tom Harper, managing director of Nielsen Ireland, said it showed there were tentative signs of recovery in the Irish economy.

Speaking at the National Dairy Council (NDC) annual conference yesterday, Harper said that the worst was over and we’re coming out of the recession. But he warned retailers that shoppers were “stressed out” and were looking for value more than ever and this habit will remain when the downturn ends.

Discount stores like Lidl and Aldi and own-label products will become more popular. Harper said Tesco was holding its own in the face of this competition but Dunnes Stores was losing out to some extent. Even though Tesco and Dunnes prices were largely similar, the perception was Tesco was cheaper.

Harper said there was a danger that with consumers turning more towards own-label in preference to brands like Barry’s Tea (pictured above), the ‘Irish’ mark would disappear from home-produced grocery products.