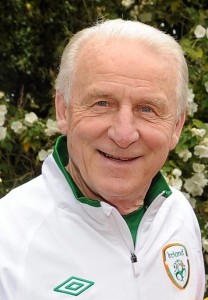 Half of the students questioned in a survey by College Times as to whether or not Giovanni Trapattoni should be sacked as the Republic of Ireland football manager said the FAI should show the Italian the door. Another 30 per cent said they “couldn’t care less”, while one in five of the 1,500 student votes said Trap should keep his job as he managed to get Ireland to this summer’s Euro finals in Poland.

What did the students do this summer? One in four “lived it up” in Canada, 21 per cent went to Euro 2012, 16 per cent backpacked and inter-railed, 13 per cent were in the US on a J1, 13 per went island hopped and 11 per cent were in Thailand. When asked how many of them have been checked for STDs, 39 per cent said “yes”.

On the question of being pro-life, 66 per cent said no, 22 per cent said yes and 12 per cent are unsure. If students are to choose just one of four nominated things they can have for the rest of their lives, love tops the list with 50 per cent, sex is second on 32 per cent, drugs on ten per cent and alcohol on eight per cent.

Forty three per cent of the poll said they like doggy-style sex, while one in four go for the missionary position. What is described as “that crazy cowgirl” got a 24 per cent rating and the Japanese windmill position was on eight per cent. Blokes wearing skinny jeans was regarded as a no-no for 60 per cent of the students.