The Sunday Tribune is to close after the receiver failed to find a buyer for the newspaper. Publication of the loss-making paper was suspended at the start of the month and receiver McStay Luby had four weeks to try and find a buyer after Independent News & Media (INM) withdrew its support. Initially, INM intended the Tribune to act as a bulwark against the Sunday Times, but this rationale disappeared in recent years. 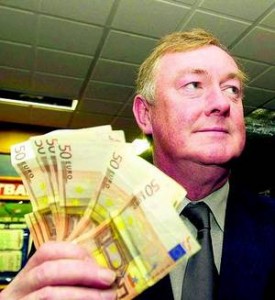 The paper had been losing €2.75 million a year. Commenting on the closure, editor Noirin Hegarty said the announcement was “a very sad day for indigenous journalism”. Hegarty was the paper’s editor for the past six years,  during which time the paper broke the story on Fianna Fáil TD John O’Donoghue’s expenses, which resulted in the Kerry deputy stepping down as ceann comhairle of the Dáil.

INM, which had a 29.9 per cent stake in the Tribune,  said the receiver will continue to look for an investor but it was likely the only interest would be in the title. The Tribune’s 43  staff will receive statutory redundancy of two weeks for every two weeks for every year of service. The monies will be paid within six to eight months.