Thomas in for a busy few weeks 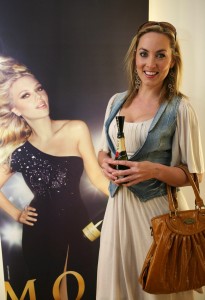 Kathryn Thomas will be seen and heard a lot in the coming weeks as she starts a new TV series on RTE One and replaces Ryan Tubridy on Radio 1 on weekday mornings. The Carlow-born presenter starts a new three-part TV series next week giving viewers a flavour of the many summer festivals staged around Ireland.

The Festival Roadshow kicks off on RTE One at 9.35pm next Friday (July 23rd) with live music and craic from the Galway Arts Festival as it celebrates its 33rd year. The next week it’s the turn of the Killarney Summerfest followed by the Kilkenny Arts Festival with street food and tour guides from local celebrities.

A repackaging of the No Frontiers archive will will see Thomas presenting from different holidays stops around the world. No Frontiers: More Good Reasons begins with her journeys in Australia at 7.30pm on Sunday, July 18th. Summer on One With Kathryn Thomas starts on RTE Radio 1 at 9am next Monday.