Thomas to write for Star magazine 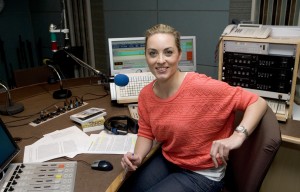 RTE presenter Kathryn Thomas has signed up as a travel columnist for the Irish Daily Star weekend magazine, Star Chic. The Carlow native, who presents The Voice and Operation Transformation on RTE television and deputises for John Murray on Radio 1, has circled the globe as host of the No Frontiers travel show.

Tomorrow’s Star Chic is the 250th edition. Launched five years ago, the magazine is edited by Moira Hannon. At a party in Fallon & Byrne, RTE TV presenter Emma O’Driscoll was named Ireland’s most chic woman, following a readers’ poll. O’Driscoll was a member of the Six pop group and presented The Den on RTE.