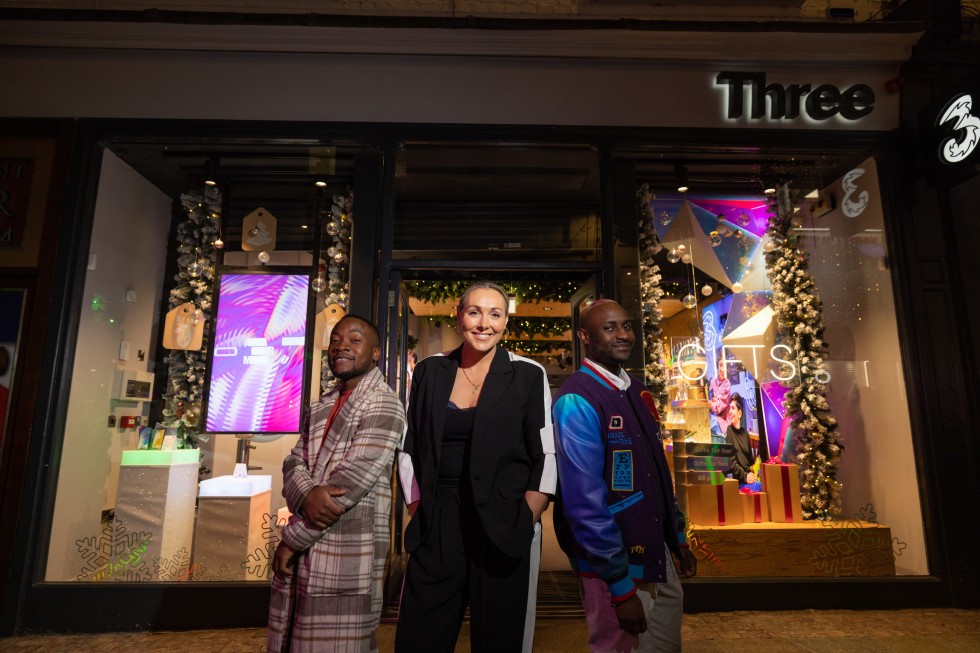 Three is set to sponsor City Stages, a new music venture aimed at supporting Irish musicians currently performing on city streets by helping to progress their careers to the biggest stages in the country. The first City Stages gets underway this weekend with some leading buskers performing at Three’s Cruises Street store in Limerick at midday this Saturday.

The line-up of artists will include a special guest headline performance, yet to be announced.

City Stages returns to Limerick in January and will tour nationwide, providing a platform for buskers and emerging musicians to perform to new audiences and promote their music. The initiative is supported by Sony Music and AIM Ireland and includes ambassadors such as Limerick hip hop collective Narolane and 2fm broadcaster Tracy Clifford (pictured).

Three’s All For Music positions the mobile brand to support and nurture new and exciting musicians in Ireland and help them to grow their careers from the smallest to the largest stages. As sponsors of some of the country’s biggest venues such as 3Arena and 3Olympia, as well as Electric Picnic, Three provides opportunities for Ireland’s emerging talent.

Those chosen to perform will be given recorded content of their performance and access to mentoring masterclasses with a panel of Irish music industry professionals. The musicians will be helped on how they can best progress their careers, from advice on management and booking live shows to increasing their fan base and pitching their music to media.

Applications to perform are now open to musicians at 3.ie/CityStages