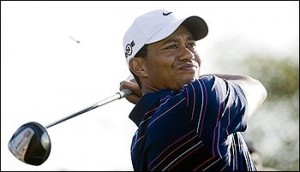 Tiger Woods has been criticised by fellow golfers for choosing today to break his silence and speak publicly for the first time since his car accident in November.  Woods has called a telecast (for 4pm Irish time) in Florida which coincides with the WGC-Accenture Matchplay Championship in Arizona.

Ernie Els described Woods’s action as “selfish” while Sergio Garcia was more diplomatic in his use of words by saying “the timing of this is not the best”. Accenture was one of the first sponsors to drop Woods after the revelations about his private life following his car crash outside his home.