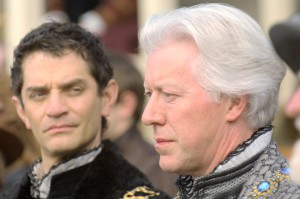 Nick Dunning in The Tudors, one of the most popular series on TV3

Three agencies have been asked by TV3 to make creative presentations for a major promotion which the station is due to run in a few months time. Teresa Murray, marketing and PR manager, TV3, told Marketing.ie that the three agencies in the running are Chemistry, Ogilvy & Mather and Image Now.

Chemistry has handled campaigns for a number of media groups in recent years, most recently 4FM. Image Now, which specialises in brand development, has worked with TV3 on various projects in recent years. Mindshare is not part of the review and remains the station’s media agency.

A decision on which creative shop will handle the TV3 campaign will be made by mid-September.