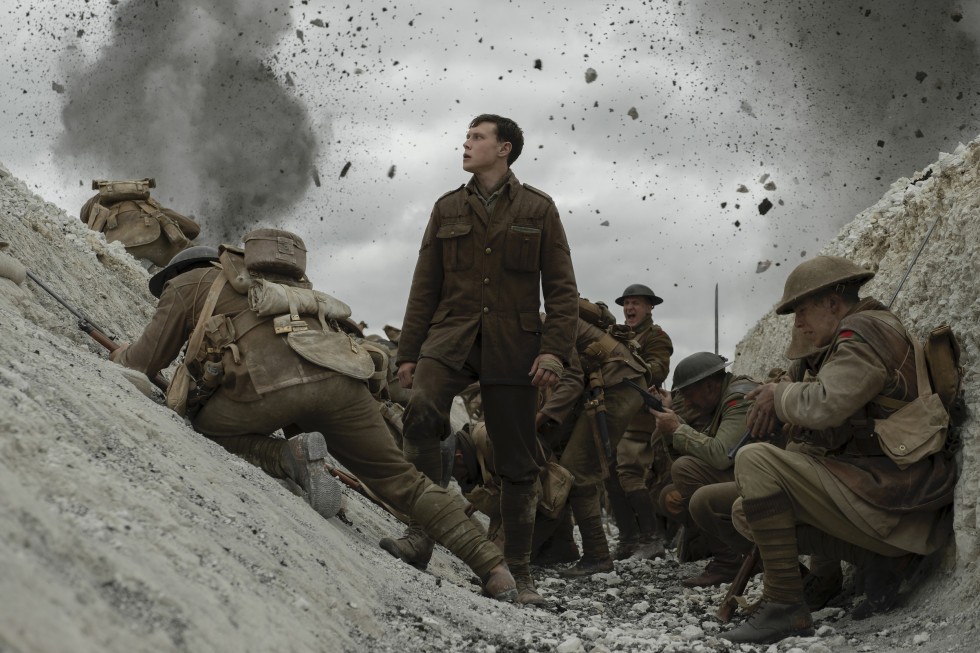 At a time when Ireland is divided over whether or not to commemorate the country’s police forces in charge of national security a century ago, an epic first World War drama unfolds in cinemas in time for honours at next month’s Oscars. In 1917, two British corporals are tasked with getting an urgent message to another battalion to call off an impending attack.

The planned offensive is a trap set by the Germans which could result in 1,600 British soldiers getting killed. Abandoning the safety of the trenches, the two young tommies, Blake (Dean Charles-Chapman) and Schofield (George MacKay), face a perilous odyssey across recently vacated no-man’s land, where rotten corpses and booby-trapped tunnels await. 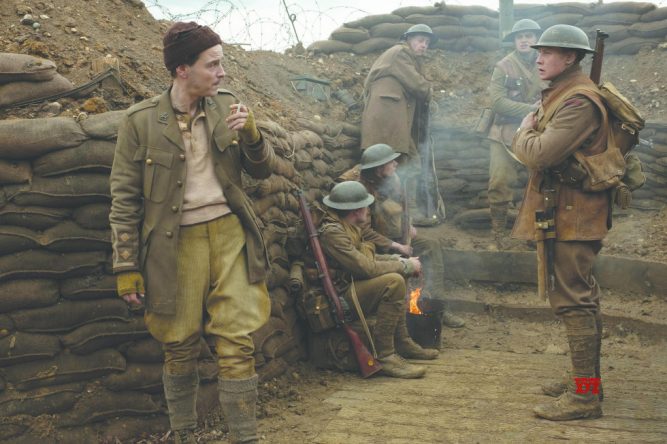 Disquiet on the Western Front: In 1917, two young British corporals must negotiate a labyrinth of sandbagged trenches and barbed wire before crossing open ground and ditching attacks from the air. Director and co-writer Sam Mendes (American Beauty, Skyfall) dedicated the film to his grandfather,  who survived the first World War.

Much has been said of how director Sam Mendes and cinematographer Roger Deakins made 1917 look as though it was filmed in one single shot. To pull this off, they attached cameras to cranes and vehicles and even chased after the actors on foot. Tension and suspense fill the first hour or so of this movie but then the drama becomes a tad turgid.

After a German fighter plane crash lands, the two-man mission is halved and Schofield must tackle the task in hand alone. He finds himself coming under sniper fire and walking into in a dark, Aleppo-like cauldron where erstwhile German soldiers threaten his every step. His fearless but at times incredible moves to advance would do James Bond proud.