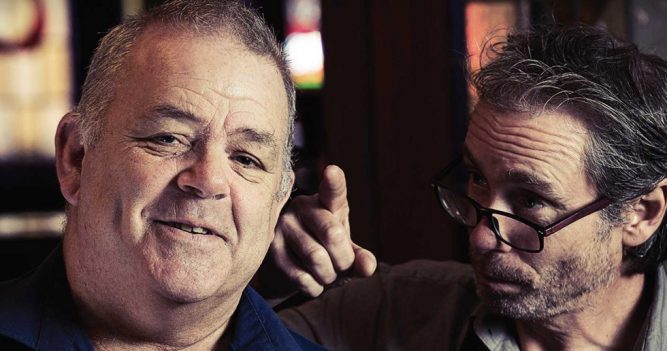 Gary Cooke is a writer, comedian and writer best known for his role in the Apres Match satirical sketches on RTE Television, impersonating, among others,  Eamon Dunphy, Gary Lineker and Bono. He starred in I, Keano and co-wrote and performed in the musical Macbeths. More recently, he had a lead role in Gary Brown’s play It’s Not Easy.

To play for Spurs

No one could mentor me

Meetings with my mother

Aliens for ‘Mash get Smash’

12 Are you an early adopter? What’s new?

It would have to have been Gay Byrne

A fella who overtook me at a roundabout

Ridding the world of mental illness

Up my own backside

‘He predicted this would happen’