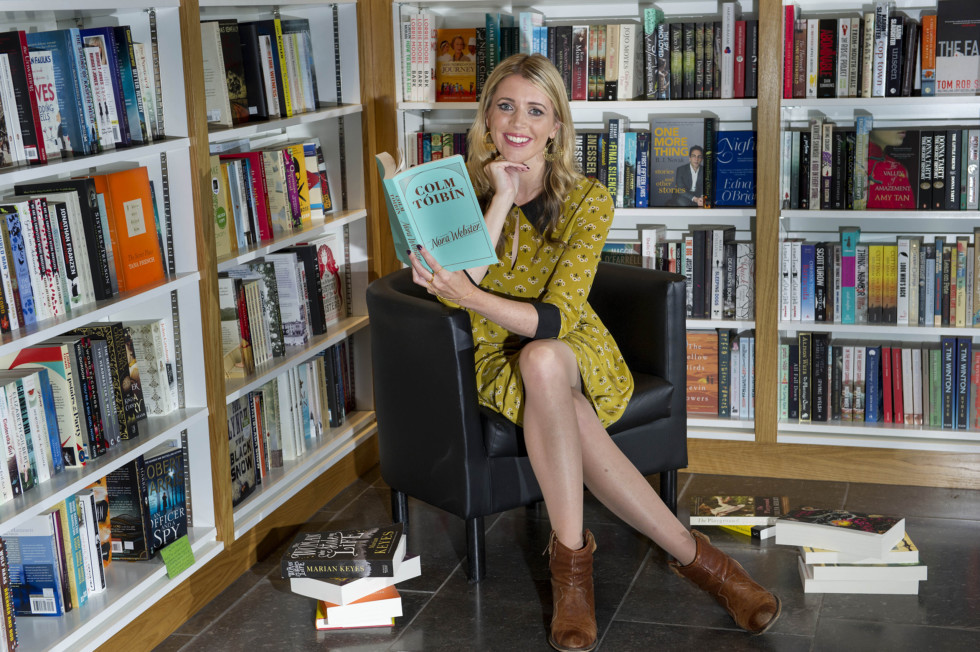 Nadine O’Regan is arts and books editor with the Sunday Business Post and presents Songs in the Key of Life on Today FM. Brought up in Co Cork, she moved to Dublin to undertake a masters degree in creative writing from TCD, before becoming a journalist. She has written for The Irish Times, The Observer, Hot Press and Spin magazine (US). She hosted shows on Phantom FM and TXFM and was a reporter on RTE Television’s The Works.

When I’m doing the simple stuff, really. Drinking a really nice coffee. Reading a great book. Walking home after my radio show on Sunday night when it’s gone well. That moment in a gig when the band play your favourite song. Surfing in warm waters in the Canary Islands. Going for a jog in Bushy Park in Dublin. Dancing with my pals at festivals. A good tuna melt in Busyfeet & Coco Cafe. Hanging out with friends and family

My new house. It’s definitely my most expensive possession

03 Your social media platform of choice?

Twitter. I’m on it far too much, but I love it

04 The worst job you’ve ever done?

Working in UCC’s library for three months during college. It was incredibly dull. It made me realise that existing near books isn’t nearly the same as reading or writing them

05 What ambitions do you still have?

To publish a book. My masters degree is in creative writing from TCD, so while I love my work in journalism, I’d like to come back around to writing in long-form

That I’m a Dub. I’m from Skibbereen in Co. Cork

My pals dragging me to a good house party. They’re persuasive types

The one where the pandas pop out of their hut for a waltz, while their photographer is chomping down a Kit-Kat with his back to them. It might be ancient, but it’s got everything you want in an ad: cute animals, dancing, chocolate and the element of surprise

In a work context, I take my hat off to Graham Norton, he’s naturally gifted and he always gets the best out of his interviewees

Outside the Sunday Business Post recently, I saw a homeless man try to hand money back to a passerby who had given him some cash, protesting that she had given him too much. She insisted and then apologised that she had to rush off because she had to collect someone. Her kindness and his reaction were remarkable

Hypnotising Donald Trump into believing that all he wants in life is to live on a remote island and herd sheep for the remainder of his days. The people of Sherkin Island could put up with Trump if it meant there was no prospect of nuclear war, right? Small price to pay, lads

18 What would your younger self think of you today?

I’ll borrow the old Fianna Fáil slogan – ‘A lot done, more to do’

I’m not big into self-assessments, but I’ve been very lucky and fortunate in my life so far

Mashed potatoes with real butter. Finally, a carb-heavy meal with no regrets