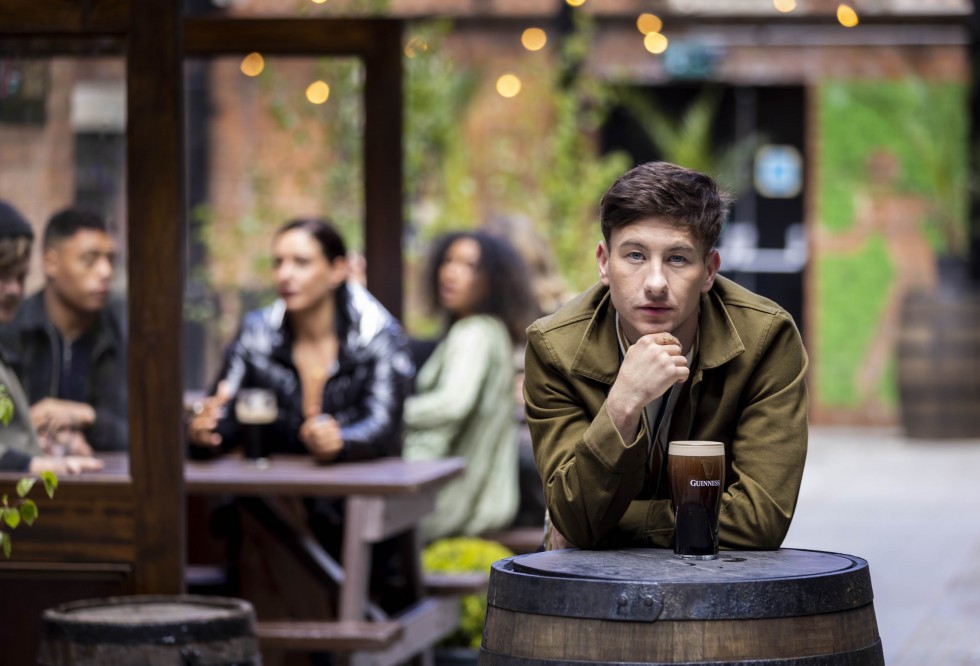 Hollywood actor Barry Keoghan has been hired by Diageo to support its continuing Guinness Raising the Bar initiative. The new ‘Every Moment Counts’ ads highlight safe socialising as pubs start to reopen with the easing of Covid-19 restrictions. The campaign is run in tandem with the LVA, VFI and Hospitality Ulster as a reminder for people to socialise safely.

Keoghan shot to fame after playing Wayne, the heartless cat killer in the hit TV crime drama Love/Hate. He went on to star in Dunkirk and The Killing of a Sacred Deer, for which he won an Irish Film & Television Award (IFTA) as best support. Keoghan, 27, was nominated for best actor in a supporting role for Calm With Horses. He also fronts for Dior.

Covid-19 restrictions have seen many of Ireland’s pubs closed for almost 17 months. To ensure their survival, Diageo rolled out Guinness Raising the Bar, with a €14 million fund to support the on-trade. As some pubs now prepare to open for outdoor service, Guinness continues to work with them behind these scenes so they can safely open their doors again.

The new campaign runs across TV, digital out of home (DOOH) and video on demand (VOD).