AIB goes big with ‘Belief’ out of home special 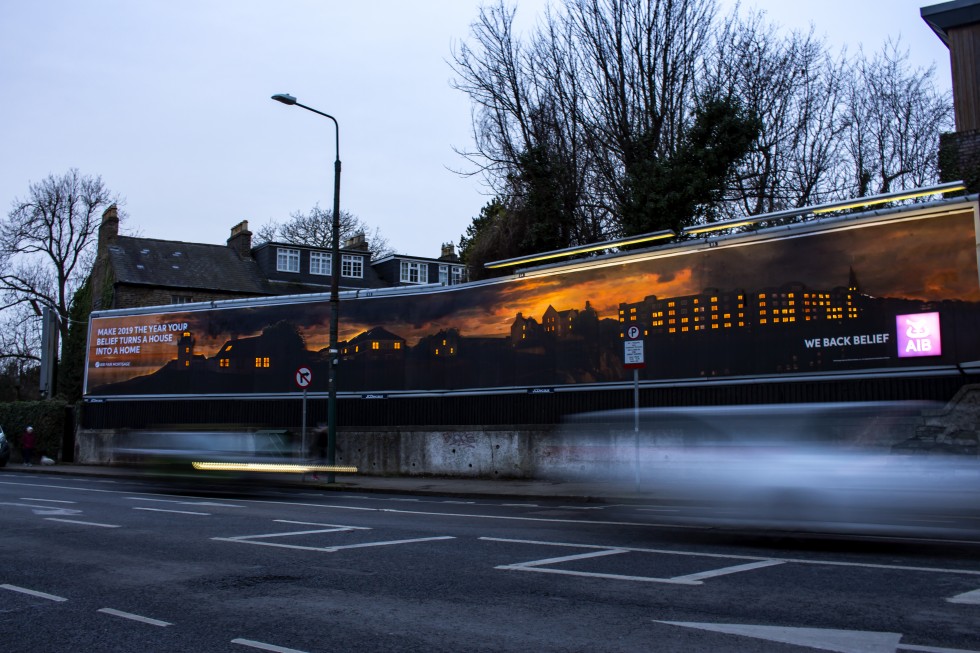 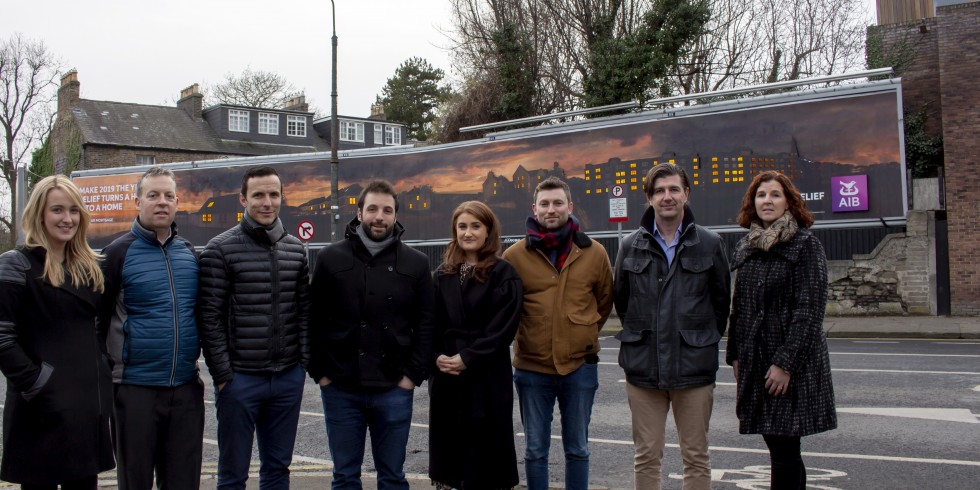 As part of its OOH media planning, AIB has unveiled a customised billboard for its ‘Belief is Everywhere’ campaign created by Rothco, Starcom and Source. Utilising the full width of the 240 sheet, it is the largest special build ever produced in the Irish market. Located in Ranelagh, the ad is an iteration of the AIB ‘Belief is Everywhere’ TV commercial.

The ad comprises a 2D landscape with structures and houses standing out from the billboard.

With 1,000 LED lights included and over 2km of electrical cable, a series of cut outs and windows span across the 82 sqm canvass that lights up sequentially. AIB launched the ‘Belief…’ campaign last October with a TVC showing selected windows in homes across Ireland light up to the sound of a melodic music-box, homing in on house buying.

The AIB campaign runs across OOH, TV, cinema, social and search this month.

Supplementing the special, classic OOH formats across roadside and commuter environments, such as 48 Sheets, Commuter Squares and the Digipole, located in Ballsbridge, aid broad reach and increase frequency. Starcom and Source are responsible for placing the OOH campaign with creative by Rothco and the special build by Eclipse 3d.

The site is maintained by media owner JCDecaux.