Arthur has his day but marketers playing festive card not new 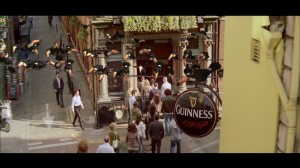 Today is Arthur’s Day, a marketing stunt which Diageo rolled out a few years ago to mark the 250th anniversary of the Guinness Brewery in Dublin. A line-up of top international and home-grown acts will brew up a black storm in the capital tonight as revellers raise a glass to the man who gave the world the most famous of stouts.

But commemorative days invented for commercial gain have been around a long time. St Valentine’s in February is probably the best known way of generating sales for Hallmark, Interflora and cheap teddy bears but the US can also pride itself on such manufactured concepts as Secretaries Day and Pickle Appreciation Day.

As part of the European Year for Active Ageing and Solidarity between Generations 2012, the UK will stage a Seniorforce Day event on Monday. The day is to promote the work of seniors as volunteers and to highlight the importance of their contributions to society. it is part of a series of events throughout the EU promoted by the European Commission. In October, Esso Ireland will sponsor Breast Cancer Awareness Month.

Confectioners came together to launch the Sweetest Day in 1916. April Fool’s Day must compete with the Tell A Lie Day on the basis that “it’s a habit, why not make it an event”. But perhaps one of the best marketing notions the Americans dreamed up is the diamond engagement ring – not an event as such, more a campaign.

In 1939, long before a mad man set foot on Madison Avenue, advertising agency NW Ayer came up with a novel idea for its client, DeBeers. The industry had taken a nosedive in the 1870s, after huge diamond deposits were found in South Africa. News of the diamond engagement ring trend was spread through fashion magazines. 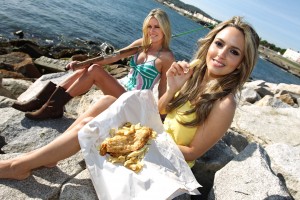 On the batter: Ireland’s Italian chip shop owners come together each year for national fish and chip day

The rings proved popular for marriage proposals until 1948, when DeBeers launched its ‘A diamond is forever’ campaign, later immortalised by Shirley Bassey in the James Bond movie with Sean Connery. By romancing the stones, DeBeers ensured that people would not resell them, allowing them retain market dominance.

DeBeers chairman Nicky Oppenheimer said:  “Diamonds are intrinsically worthless, except for the deep psychological need they fill.” As well as diamond engagement rings, DeBeers tried other ideas. They learned that when women were involved in the selection process, they chose less expensive rings.

DeBeers shifted the purchasing power to men, the less-cautious spenders. In Ireland, one of the best event ideas to be launched in recent years is the annual National Fish ‘n’ Chips Day in May. Members of the Irish Traditional Italian Chipper Association (ITICA) offer half-price one-and-ones in a bid to boost sales.

Irish consumers tend to be wary of contrived festivities for commercial gain. They welcome initiatives – but only on their terms. There must be something in it for them, like half-price chips or cheaper beer. Or, if Daffodil Day helps the Irish Cancer Society raise funds, they will happily put their hands in their pockets.