A great enemy is the cornerstone of a good story. Think of your favourite movie or book. Chances are there is a stereotypical hero matched by a ‘baddie’. People love stories with friction.

Writer Robert Greene talks about how a sharply defined enemy is a far stronger argument for your side than all the words you can possibly muster.

“If you have no apparent enemies, set up a convenient target,” Greene wrote. It is no different when you are trying to tell a brand story. Having an enemy can be a clever way to position. It can be a literal competitor, a cultural tension or a mindset. Netflix refer at a corporate level how their enemy is not Amazon or HBO, but rather sleep.

Their task is to get people to watch that extra episode of The OA instead of getting some extra shut-eye. One category in particular has cottoned on to the power of taking an enemy and fighting against them. Three of the largest fast food brands in the world have employed the tactic with interesting results. Firstly, let’s look at McDonald’s.

The world’s top fast food restaurant took aim at hipster coffee drinkers and brands to promote their value coffee range. McDonald’s wanted to strike back by lightly poking fun at the iced almond flat white drinkers who are happy to pay four quid for a cup. It is a brilliant piece of creative that even the most ardent coffee snob will find amusing. 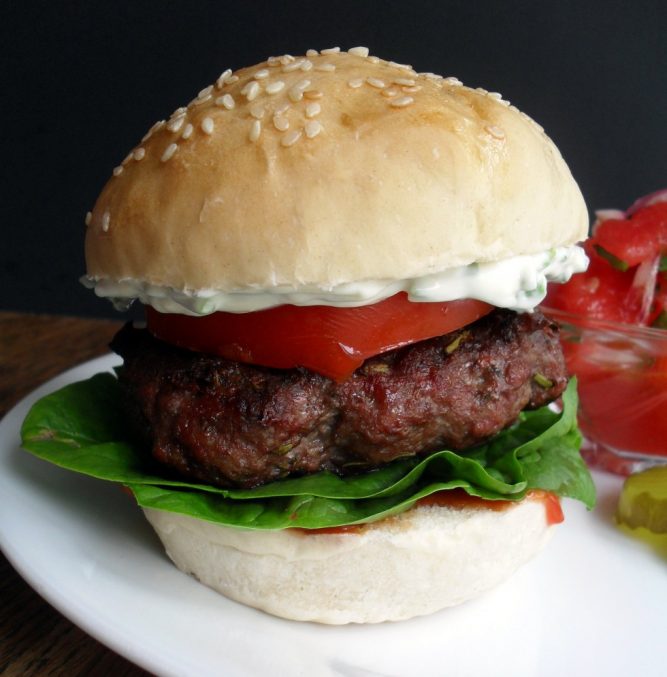 Burger King ran a campaign allowing customers to use the brand’s app to scan ads from other burger chains. Users see the ad ‘burn’ – a nod to BK’s flame grilled proposition – and reveal a coupon for a free Whopper. BK also took out cinema ads around Stephen King’s It movie last year with the clever line “never trust a clown”.

KFC have been at it too.

The UK has a myriad of fried chicken shops that ‘borrow’ branding from KFC. Poking fun at imitators, KFC ads show Colonel Sanders cruising past local cut-price chicken shops to a mafia soundtrack. A VO says when you are on top, everyone wants a piece of you but there is “only one colonel in chicken town”.

None of these companies are real challengers, but these three examples show how taking on an enemy can reinvigorate a brand and give it a focal point in ads. Unlike in real life, picking a fight may be one of the most constructive things a brand can do.

As Amazon tightens its grip on e-commerce with eMarketer claiming the giant won   almost half of US online sales in 2018, there is some good news for worried brand owners. Fear of Amazon has focused on learning what consumers want and delivering cut-price versions quickly. Jeff Bezos once said that “your margin is my opportunity”.

Amazon invested heavily in its Basics label, placing it at the top of search results for popular products. But a Marketplace Pulse study found that consumers still value strong brands. Examining over 23,000 products, it was found that shoppers shy away from buying Amazon brands even when they are elevated in search results.

Amazon’s successes have come in generic categories like batteries. But in branded categories like fashion and make-up, strong brands continue to outsell Amazon, even its own competing labels. Amazon may well have some other tricks up their sleeves, but brands have been faced with the looming threat of private label for decades and it seems that in many consumers’ minds, the real thing tops a discounted imitator.

A return to basics at DMX

As ‘digital’ marketing evolves we are gradually seeing a more mature approach to integrating it into everything that we do while remembering the foundations of a good strategy. The recent DMX Dublin summit at the Aviva was a heartening example of this. Now in its seventh year, DMX has always been ahead of the game.

The Marketing Institute consistently bring in top-class international speakers and the cream of Irish marketing talent. While I would not class myself in that bracket, this year I spoke on the main stage about the importance of getting back to basics.

It was a recurring theme throughout the day. Topics ranged from Les Binet focusing on the need to build strong brands and integrate media, to Boys + Girls’ partner Pat Stephenson waxing lyrical on the power of multi-channel creativity with an edge.

While there was plenty of interesting tech and startup chat too, the focus was on solid marketing with less of the nonsense other events allow. Roll on 2020, when I can sit in the audience and soak it all up without the stress of preparing to get on stage.