Are entrepreneurs born or made? In reading the Secret to Success – Inspiring Stories From Leading Entrepreneurs by Seán Gallagher, it would appear that both claims hold true. A  former investor on Dragons Den, he lost out to Michael D Higgins in the presidential election after Pat Kenny read out a bogus tweet in the TV debate which undermined his character.

He founded Smarthomes and is a columnist with the Sunday Independent where he writes about entrepreneurs. Gallagher’s book is essentially a compilation of stories based on his recent interviews with 46 Irish business owners. Each story charts the success of SMEs such as Avoca, Glenilen Farm, Louis Copeland, Kelly’s Hotel, One4All and Done Deal.

The book opens with a series of testimonials from those who have read the book, including Jack Canfield (author of Chicken Soup for the Soul) to Senator Feargal Quinn, Kingspan’s Gene Murtagh, Anne Heraty of CPL and Julie Sinnamon, CEO, Enterprise Ireland. The book proper begins with a top 10 of entrepreneur traits, as reflected in the later 46 interviews.

Each entrepreneur’s story concludes with their advice, their top three tips for success. The stories are short and to the point. What I found most absorbing was that the entrepreneur and the story of their business was easy relatable. Their stories were credible. I felt as if I knew the entrepreneurs – and in some cases I do – but now I know their business and brands. 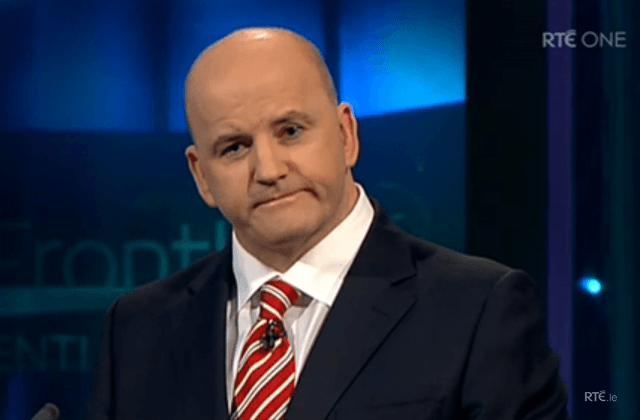 Focus on brave folk: Seán Gallagher’s business stories are short, five to seven pages long and easy to read, prompting ‘dip-ins’ and ‘dip-outs’. The stories catalogue the start-up, notes on the entrepreneur, highs and lows, business and personal challenges and the successes.

The stories made me think that becoming an entrepreneur was infinitely more possible than I might ever have imagined up to now, that it is more within arms’ reach. It was not some multibillion international business, rolled out in an obscure town that was impossible to relate to, let alone consider emulating. Gallagher’s top 10 traits for a successful entrepreneur:

They have belief in themselves and are optimistic by nature

They have a positive attitude towards risk and failure

They are visionaries and strategists

They are excellent communicators and storytellers

They are great leaders

They are good networkers and excellent team builders

They are willing to embrace innovation and change

They are committed to never-ending improvement

All the above are true, for sure, but from reading the personal stories that followed was that most of them set out to solve an obvious problem, irrespective of whether they had the technical or professional know-how or not. The solution always seemed simple and especially obvious with hindsight. They were all passionate. They worked incredibly hard.

They ignored the naysayers. They were resilient, to use that much in vogue word. They had determination and focus. They were innovative and valued the team of people working with them. They seemed like overnight successes but were definitely not. Often it was two steps forward and one step backwards. Many were family businesses, or husband-and-wife teams that had started off small and built the business slowly and steadily.

For many there were external factors outside of their control that set them back; bad luck and external factors that propelled them forward; good luck. Some were born entrepreneurs with small sweet businesses at school, others experienced catalytic events that resulted in them becoming entrepreneurs, proving the point that entrepreneurs are both born and made.

What I liked most about the book was the simplicity and brevity of the stories. They were not overly detailed or complex. The relatability factor would encourage anyone toying with a new business idea to take that next step. However, what I would like to have read more about were female entrepreneurs and the businesses in the book that were run by women.

The women had either taken over from a family member, were the lead with their partner or had succeeded him in the event of illness or death. But there were only four female-only entrepreneurial startups in the book: Siobhan Byrne Learat, Adams & Butler; Mary McKenna, Tour America; Rachel Doyle, Arboretum and Ciara Clancy of Beats Medical.

For me, definitely, I would have preferred to have read more about female entrepreneurs. Perhaps the next book will be, like Joe Mulholland’s MacGill Summer School, more gender-balanced? In summary, it is worth a read if you are interested in starting your own business or even if you are toying with the idea. Also it is a worthwhile read for anyone wishing to learn about Irish success stories that have contributed to the economy and Irish society in general.

In the immortal words of Biz Stone, co-founder of Twitter: “Timing, perseverance, and ten years of trying will eventually make you look like an overnight success.”

Loretta Dignam is a consultant. She won Marketer of the Year in 2011 for Jacob Fruitfield and worked with Diageo, Mars and Kerry Foods. She is on the board of the Abbey Theatre