We live in an age where sentiment is trumping reason and feelings trump facts. There is rising empathy in the world and with the loss of trust in traditional institutions brands are more important than ever and have a bigger role to play in people’s lives. Trends in consumer behaviour are usually emotionally driven that have their own currency and momentum.

As marketers we need to be able to understand what is driving them from a consumer point of view, so that we can navigate our way around them as opposed to reacting to every single trend we encounter. Firstly, we should ask the question: What is normal anyway? Society is challenging taboos and stereotypes. We can no longer refer to gender stereotypes. 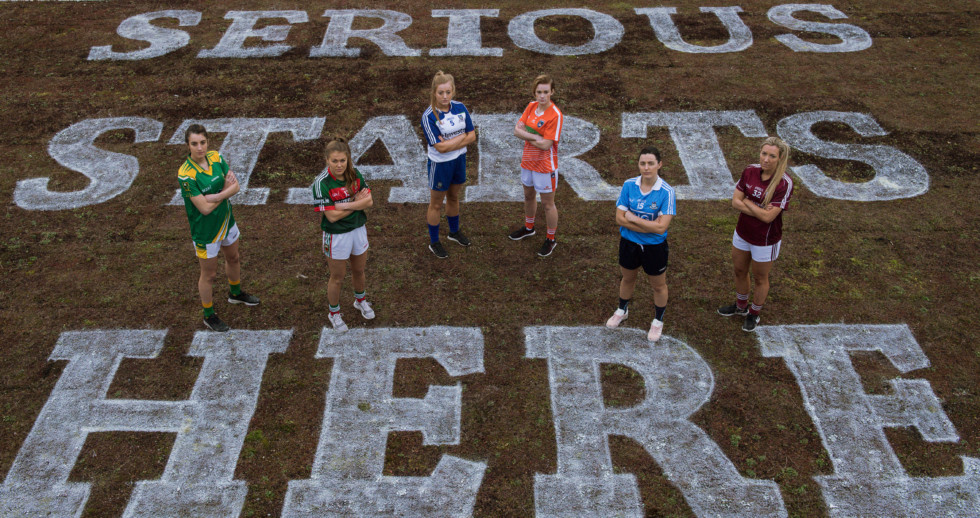 Making a switch: Which brands won out last year? The Nissan Micra with its ‘No More Nice Car’ campaign, created by In the Company of Huskies. Its story showed how the new model challenged conventions as a leader in style, design and innovation. Bodyform, Playboy’s transgender model and Lidl Ireland’s LGFA, above, were also among the year’s winners.

Awareness of gender neutrality is building. There was a 70 per cent reduction in gender signage in British toy stores between 2012 and 2017. John Lewis removed boys’ and girls’ labels from clothing. Gender representation in advertising is also evolving, with Unilever’s CMO Keith Weed acknowledging that gender neutral ads were 25 per cent more effective.

So the Anglo-Dutch giant dramatically shifted the Lynx brand positioning in its ads from celebrating the male conquest to helping young men find their identity in the context of constantly evolving gender stereotypes. Society is also continuing to challenge the gender pay gap and inequalities in representation and opportunities in the workplace.

In 2015, Ireland moved to fifth place out of 142 countries in closing the gender pay gap. Irish boardrooms have an 18 per cent female participation rate, compared to 22 per cent in the UK, 34 per cent in France and 16 per cent in the US. The trend extends to our evolving attitudes to ageing. The UN reports that in 2040 more Europeans will be over 65 than under 24.

It has implications for how we live, work and save. In Ireland, the average life expectancy is 81.4 years. Most children born in wealthy countries will live beyond 100. A grey tsunami may sound like a problem but it is also an opportunity as they are high spenders. Almost three in four Irish people agree/strongly agree that they do not wish to be defined by their age.

Facebook boss Mark Zuckerberg said “young people are just smarter”. He misses the point. There is huge value for employers to offer more flexibility to staff nearing the end of their careers. Empathy driven activism is a response to inequality. It is not about a particular cause or movement, it is about the individual rights of people. Strong brand ideas or bold acts by companies that are inclusive deliver rewards, not a brand talking about it in a way that is cringey or forced. A strong purpose for brands internally and externally is required.

Which brands did well last year? The Nissan Micra with its ‘No More Nice Car’ campaign in Ireland. Its story showed how the new model challenged conventions as a leader in style, design and innovation. Bodyform, Playboy’s transgender model, Lidl Ireland’s LGFA also won out. Brands that got it wrong? Pepsi with supermodel Kendall Jenner and Protein World.

Due to the loss of trust in traditional institutions such as banks, religious groups, politicians and charities, consumers are looking to businesses to make a stronger stance. Honesty, integrity and justice have never been more important to people. Events like the end of Mugabe’s dictatorship and #MeToo mobilised society in fighting for a common cause.

The collective is taking on the injustices in the world and much of the increased activism is being driven by social media. #MeToo was used 17,000 times in the first 24 hours, with over 12 million Facebook posts to date in 85 countries. While much of this is being driven by the end of old dogma, the new dogma may be even tougher. It is a risky time for brands.

Marketers need to ask if there is transparency in everything they do and how they do it?  Caring and empathy are the new currency. Brands must show this and act on it, or, at least, stay on the right side of it. Brands that did well in this space last year were Patagonia, Southwest Airlines, McDonald’s. Brands that got it wrong: VW emissions scandal, Uber.

We in Ireland are a major culprit. This country is the top producer of plastic waste in the EU and has been heavily reliant on China to dispose of it – which is about to stop. Seventy eight per cent of Irish households are actively trying to reduce waste and 82 per cent of Irish people believe companies should be penalised for failing to care for the environment.

Consumers want action. The response to the trend is gaining momentum. Theresa May has pledged to eliminate Britain’s avoidable plastic waste by 2042. Brands need to consider a product’s life cycle and where it will end up. As consumers, we know that we should not leave our mark on the world and yet we are highly dependent on plastic, diesel and energy.

Businesses need to consider how to lead and change their practices. Are you taking this on in your innovation chain? Is it part of your internal culture? Brands who did this well in 2017: Greenpeace taking on Coke (above), Adidas and Fairy liquid using ocean plastic in production.

Who got it wrong? The US pulling out of the 2015 Paris Agreement on Climate Change.

The tech giants are experiencing a change in attitude towards them. Governments will saddle them with fines and regulations and the pace will be set by the EU which has already gone after Amazon and Facebook for tax avoidance and Google for how it exercises competition rules. US Congress may require Facebook and others to reveal who buys political ads.

The biggest implication for consumers is that this will decisively shift the power over personal data from firms to individuals. Business practices and models will change as a result. There is a growing consumer awareness of data security, with 86 per cent of Irish people wanting more control over their personal information and how it is stored.

We are living in the age of accountability, a decade defined by empathy and integrity where consumers refuse to tolerate cover ups or scandals. We hold tech firms to more scrutiny after recent hacking and sexism scandals. We are re-evaluating our relationship with them and there is a growing awareness of tech addiction, the need for digital detoxes and presenteeism.

For example, Generation Z is leading more secret lives than previous generations. Concerned with keeping their online personalities under wraps, they are savvy about managing their public and private identities in social media. They use aliases to keep from being searchable online and some have ‘rinsta’ and ‘finsta’ – real and fake Instagram personas for privacy.

Brands that did this well? Search engine DuckDuckGo was at the forefront in revamping its iOS app mobile browser to further improve customer privacy online. Other winners were WhatsApp and Bell Canada’s best in class customer service. Brands that got it wrong: Uber’s handling of the hacking of 57 million customers and Google tracking of Android users.

On the flip side, tech is an enabler and improves brands’ roles in people’s lives. In financial payment services, consumers can now part pay bills and use pay wallets peer to peer in restaurants. Fintech continues to disrupt the value chain and a majority of Irish financial services firms expect revenue losses of up to 40 per cent over the next three to five years.

Eight in 10 bank CEOs are concerned about the speed of tech change. Consumers need their experience to be immediate and seamless. Tech will help solve people’s health problems and increase consumer control in health management at home and in the workplace. By 2020, a quarter of health care will be digital. Companies are using tech to help employees keep fit.

But when it comes to brands it means that people’s expectations are rising all the time. Consumers are increasingly intolerant of time drains. People under 34 find slow loading video more frustrating than road rage. They look to brands as being partners or servants so they do not have to think too much about what they want and when they want it.

Brands that miscalculated were Castlight Health analytics, whose clients Walmart and Time Warner uses big data to track employee pregnancies. While collecting this kind of employee information may well be legal, it is only because the space is still largely unregulated.