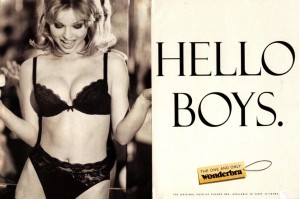 Outdoor ads with overtly sexually provocative images are to be restricted under new rules announced by the Advertising Standards Authority (ASA) in response to the British government’s Bailey Review published in June. An industry panel was set up by the Advertising Association to study the report. The group has representatives from Unilever, McDonald’s, 02, Microsoft, Facebook, the Outdoor Media Centre and Mumsnet.

As well as sexual images on posters, the review investigated the use of child brand ambassadors and peer-to-peer marketing. The ASA plans to look at ads and see what is acceptable. Issues like the nature of the product advertised and locations where children are exposed to ads, like primary schools, will be taken into account.