TV3 has launched its 3player online service to agencies and will officially introduce it during X-Factor tomorrow night. Speaking at a breakfast in Brasserie Le Pont on Dublin’s Fitzwilliam Place,  TV3’s online director Stephen Grant said video on demand (VOD) will see growth in Ireland and by 2015 will be worth €7.5 million.

Grant said the way viewers consume TV content was evolving. The 3player was an interactive tool for viewers and advertisers with multiple touch points and was fully compatible with mobile and tablet devices. Its search is intuitive and prescriptive and there is a 30 per cent bigger screen with superior picture quality. 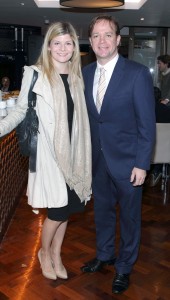 Ian Maude of Enders Analysis said the rate of internet penetration in Ireland was catching up with the UK. Quality mainstream TV shows is driving VOD content as advertisers are no longer interested in skateboarding ducks on YouTube. TV buyers will soon see the launch of a proper online audience measurement system.